Piang Ngaih Don left Myanmar for Singapore in order to support her toddler back home. 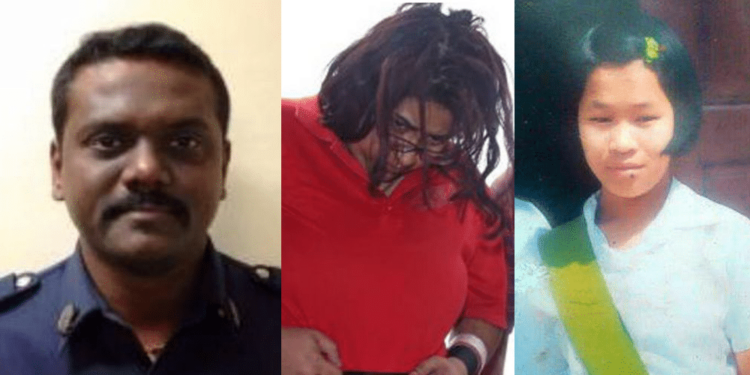 Gaiyathiri Murugayan was sentenced to 30 years imprisonment on Tuesday (22nd June 2021) after admitting to various acts of abuse resulting in the death of her maid from Myanmar, Ms Piang Ngaih Don in 2016.

The victim came to Singapore in May 2015 to work for Gaiyathiri in what was her first overseas job as she was destitute and needed to support her three-year-old kid.

It was her first overseas job!

However, the 24-year-old woman died in her employer’s house on Bishan Street 11, after being attacked by Gaiyathiri and her mother, Prema Naraynasamy which led to a fractured bone in her throat and irreparable brain damage. She was kicked, punched, and abused with weapons such as a broom and a metal ladle over the period of nearly 14 months.

She was even slapped, pushed, punched, and kicked by her employers almost every day with reasons that couldn’t be agreed by the rest of us. Gaiyathiri had also attacked the helpless woman with objects such as a broom, a metal ladle, and other hard objects while she was on the floor.

At times, Gaiyathiri lifted Piang by her hair, brutally shook her, and pulled a chunk of her hair out, and even burned the maid’s arm with an iron. She was given very little food, such as soaked sliced bread, cold food from the fridge, or rice, and was only allowed to sleep for five hours per night. During her employment, she shed 15kg, or around 38% of her body weight, in about 14 months.

According to Deputy Chief Prosecutor Mohamed Faizal Mohamed Abdul Kadir, the Myanmar national did not have privacy and was forced to shower and use the bathroom with the door open while Gaiyathiri or Prema gazed on. Apart from that, she was forced to wear numerous layers of face masks because Gaiyathiri felt she was filthy and didn’t want to see her face.

“This is undoubtedly among the worst cases of culpable homicide.”

Multiple clips of the abuse were presented to the court. The victim appeared fragile, with her hair tangled in knots, which Gaiyathiri would grab and hurl her around. Gaiyathiri grabbed her while she was doing her chores and was seen flinging her around like a ragdoll. The victim did not respond in kind.

On July 25th, 2016, around 11.40 pm, the helper was doing laundry when Gaiyathiri noticed she was taking too long to finish her work. She smacked her face with a clenched hand, yanked her hair, and ordered her to hurry up. Gaiyathiri even told the victim not to “dance” as she swayed on her feet at the toilet entrance, before hitting her in the head with a detergent bottle.

Before she slept off, the victim’s hands were tied to a window grille with a string for the 12 nights leading up to her death so she wouldn’t leave the room.

Around 5am, Gaiyathiri tried to wake the victim up, but she did not wake up. She was enraged and repeatedly kicked and stamped on the woman’s head and neck.

Right after hearing some noise, her mom entered the room as well. They desperately tried to resuscitate her, failing to which they left the lifeless body there until 9.22 am, till Prema suggested to feed the maid a cup of  Nestum cereal beverage while warming her hands and legs.

After so many attempts, Prema asked her daughter to make a call to the nearest doctor. Gaiyathiri refused to contact an ambulance when the doctor advised her as she could only arrive later. Prema and Gaiyathiri changed the victim out of her wet clothes and took her to the sofa while they waited.

The doctor arrived around 10.50 am, and the body was found lying on the sofa with a gaping mouth, no pulse, cold skin, and dilated pupils. She informed the two women that the victim had died and requested that they contact the police.

Both of them pretended to be shocked. The doctor insisted on waiting for the police and asked Gaiyathiri if she had fed or beaten the victim, who was noticeably thinner than at her previous clinic visit (May 2016).

Prema said that the victim “ate a lot,” and the doctor contacted the police by herself. Around 11.30 am, paramedics pronounced her dead, revealing that the victim’s body had 31 recent scars and 47 external injuries. With significant trauma to the neck, she died of hypoxia ischaemic encephalopathy, which is a type of brain injury. She was emaciated and malnourished, and if the situation had continued, she would have perished from starvation.

The doctor found that the victim’s brain injury was caused by repetitive choking, and that Gaiyathiri likely fractured the victim’s hyoid bone in her throat by gripping her by the neck and shaking her like a rag doll. The fracture was not fatal, but it indicated a very strong impact, and the amount of force could have been the tipping point for irreversible brain damage, with the victim’s poor nutrition adding to her incapacity to handle the neck trauma.

She was even evaluated by doctors several times, with a 2019 report stating that she had major depressive disorder and obsessive compulsive personality disorder (OCPD), both of which played a significant role in her offences.

While her psychiatric condition was a consideration in her sentencing, the accused was aware of her acts despite her conditions. Even so, life imprisonment was not fair or reasonable because Gaiyathiri was responding to mental treatment and was not deemed to be at risk of offending or endangering the public.

The tragic case of Ms Piang shocked the entire country and neighbouring Malaysia, with netizens pointing out that the fact that the authorities did not get any complaints or negative feedback from the workers does not mean they were treated properly by the employer, but rather that they were forced to “suffer in silence. “