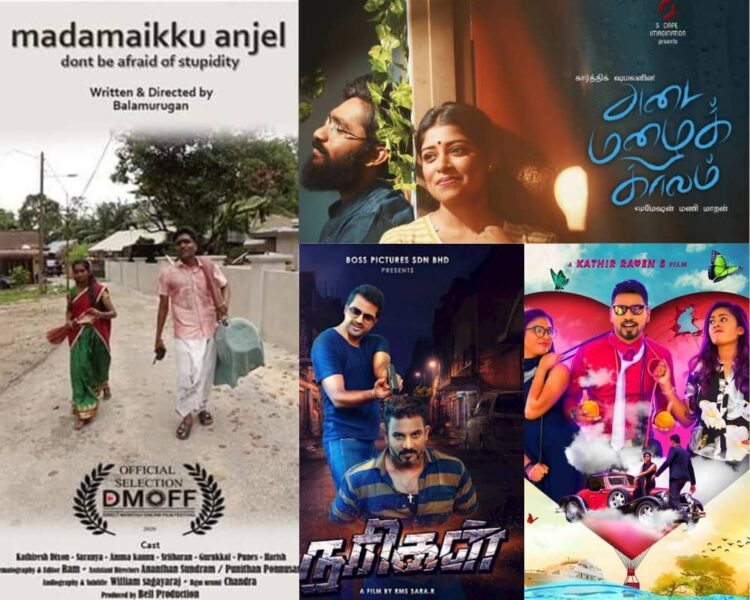 From the legendary auteurs to the current talented directors emerging on the horizon, all have been striving to find innovative new ways to deliver their best works for our beloved nation.

A proud moment indeed, as this time around three Malaysian local Tamil films alongside a short film have been selected in the 12th year film festival for feature films Tamil Eelam | Diaspora, Short, Documentaries, Music Video and categories at the Stovner, Oslo City in Norway.

National Film Development Corporation Malaysia (FINAS) has made the announcement via their official Facebook page.

The annual Norway Tamil Film Festival – Tamilar Awards 2021, is an annual film festival conducted in Oslo to honour both artistic and technical excellence of professionals in the Tamil film industry, across the globe.

A Kathir Raven S’s film, Paakaati Po also won two awards under Best Actor Male Tamil and Best Actor Female Tamil – Diaspora. This film was known as the first Malaysian Tamil movie that has been worked on extensively, almost 80%, by our local mass communication students. The cast are also newcomers to the industry.

Arguably one of the talented local film directors of our time, Karthik Shaamalan has a knack for creating unique and intricate plots for his films. The filmmaker has also won prestigious awards for his upcoming theatrical film aptly titled Adai Mazhai Kaalam. Best Cinematography Tamil and NTFF Special Jury Award Tamil – Diaspora were among the awards which were won by the team. With the release of the first song Ittana Thavam, it is indeed captivating and we’re eagerly awaiting for the song’s debut.

Not to miss out, a short film entitled Madamaikku Anjel has also won Best Short Film Actor Male – Kathir  at the NTFF 2021. Written and helmed by Balamurugan, the 20-minute 40 seconds short film brings out a beautiful message which shouldn’t be missed.

We would like to congratulate the winners on their wonderful achievements and keep producing great films!