Navarasa; A confluence of love, peace and laughter among others. 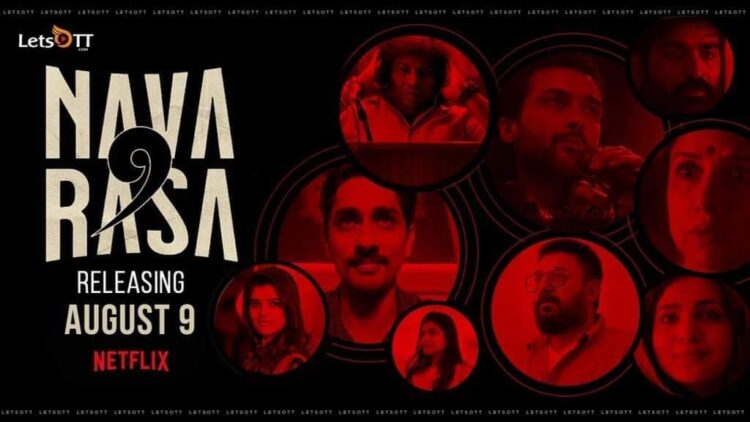 The much-anticipated series, which was announced last year, is set to premiere in August on Netflix. Mani Ratnam and Jayendra Panchapakesan, the creators of Navarasa, came up with such a unique idea consisting of nine episodes as each of it reflect a distinct emotion or rasa, such as anger, compassion, courage, disgust, fear, laughter, love, peace, and wonder, as the title of the anthology indicates.

Produced by both ace filmmakers, the series happens to be one of Netflix India’s big projects of 2021.

After Paava Kadhaigal, this is Netflix’s second Tamil anthology, with each story lasting 30-40 minutes and evoking strong emotions. An official confirmation has been announced that Navarasa will hit Netflix on 6th August 2021.

Helmed by Sarjun, Atharvaa, Anjali and Kishore are among the stars who will be starring in this episode.

Helmed by Vasanth, Delhi Ganesh, Rohini and Aditi Balan will be starring in Payasam.

Directed by Priyadarshan, Summer of 92′ will have Yogi Babu, Remya Nambeesan and Nedumudi Venu in pivotal roles.

Helmed by Karthik Subbaraj, Peace will have Gautham Menon, Bobby Simha and Sananth as leads in this episode.

I am sure these exciting series coming soon will help evoke your emotions, simultaneously entertain you in the comfort of your own home.