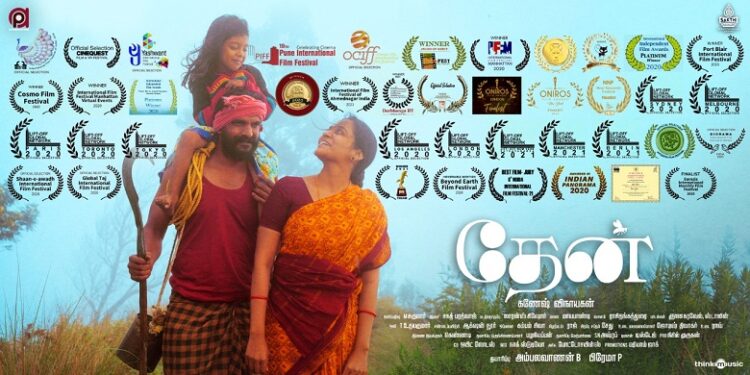 Helmed by Ganesh Vinayak, Thaen depicts difficulties encountered by people living in Tamil Nadu’s hills and how they are impacted by the carelessness of a few government officials. The lead roles star Tharun Kumar, Abarnadhi and rising child star, Anusri who plays the mute girl role in the film. 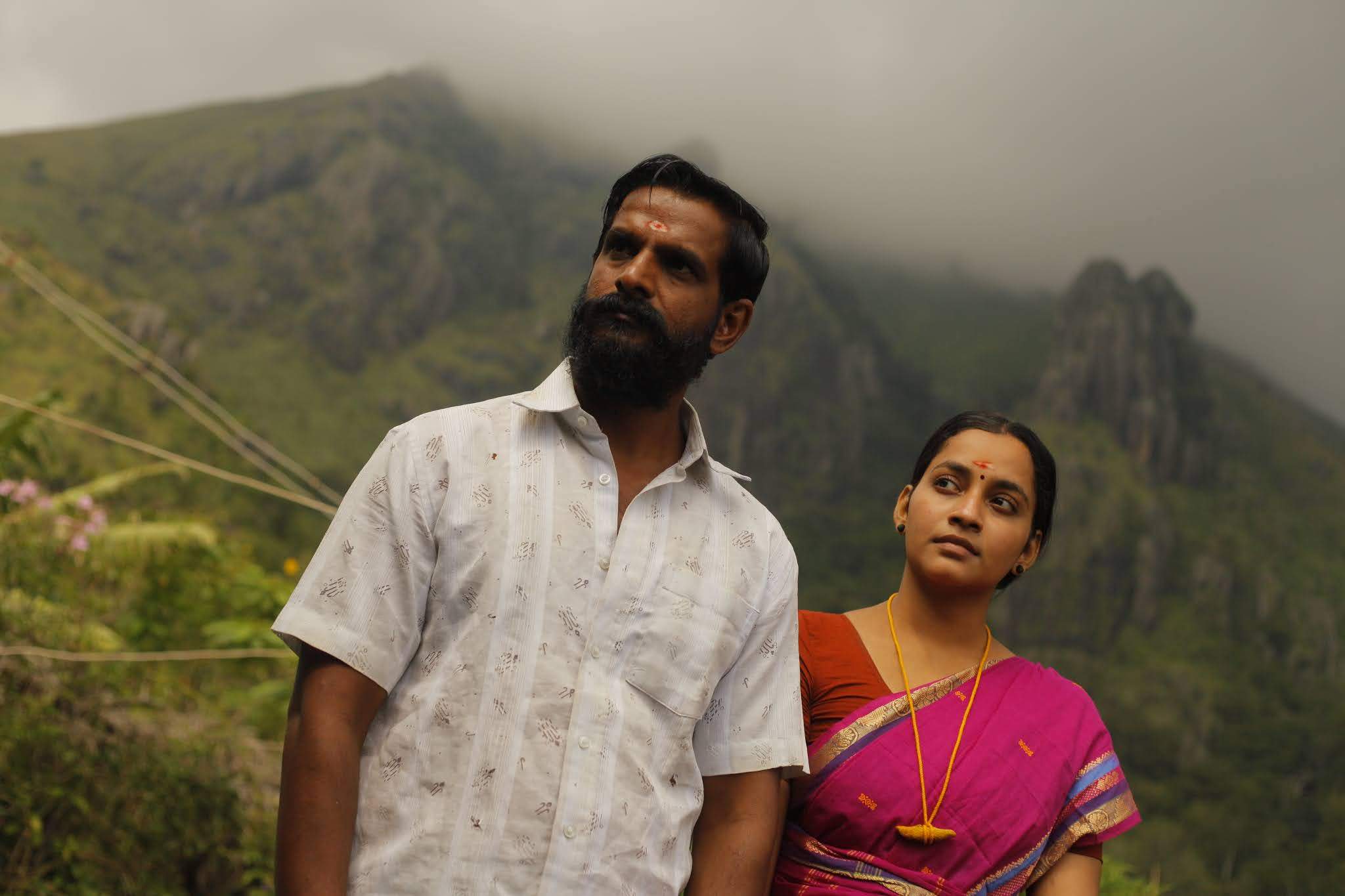 Sukumar’s breathtaking cinematography is another great milestone for the film as the entire film was shot in the small village hamlet Kurinjikudi on Kurinji Malai, which is said to have herbs and minerals that keep all diseases away.

A truly jaw-dropping work by the cinematographer!

For those who love forests and nature in general, the film will be a visual delight. Tharun played the part of a forest dweller who works as a beekeeper.

Velu (Tharun) is the man you have to seek, if you need honey. At the same time, he voluntarily helps those who are ill. Poongodi (Abarnadhi) falls in love with Velu as his willingness to help others has captivated her heart. They eventually got married despite being opposed by the local village leaders, after they failed to get an auspicious nod from the God of the hill.

Everything seems to be fine, till one day Poonkodi develops a sickness that requires Velan bringing her to a government hospital for treatment. Two pure souls are sent out of Eden. It’s supposed to be a metaphor for how our lush hills have been trampled on for the sake of politics and business. The only thing that truly falls is our eagerness to see what unfolds next.

Due to lack of valid documents or means to prove their citizenship, Velu was struggling to get a medical card for his wife. The journey that he went through was an incredible emotional-tear jerk. It may just make your heart burst into tears. 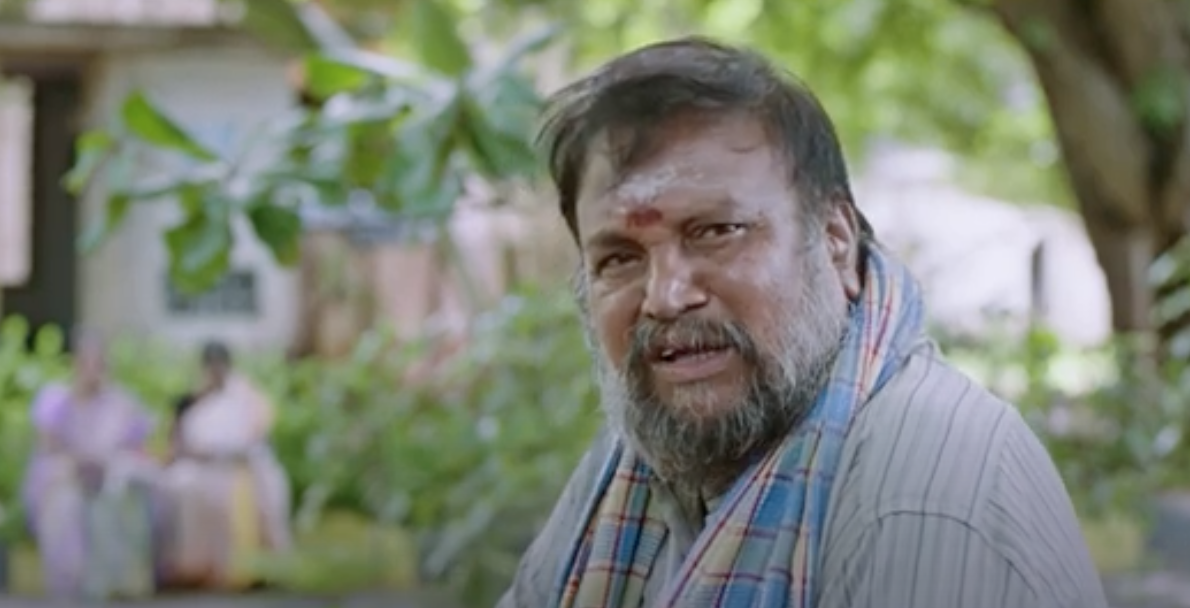 “If the government offers you an identity, it will take something bigger from you,” says the beggar in the film.

Meanwhile, it’s indeed possible to relate this movie with a real-life incident which happened in India. A few years back, Dana Majhi, an impoverished Indian man, carried his wife’s body 12 kilometres after the hospital authorities rejected his plea for an ambulance to transport the body back to their village. 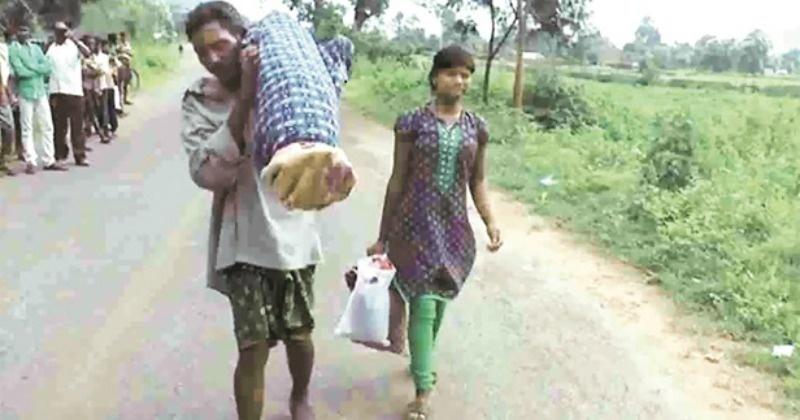 Well, that’s what happened in the very last scene, in which Velan carries his wife’s body thirty kilometres up the hill because a government hospital shunned his request to provide them with a free ambulance.

With overdrawn emotions, the dialogues are exceptionally well-written and leave an indelible impact among the audience. Despite being filled with humour and sarcasm, Raasi Thangadurai’s dialogue raises a lot of important concerns. Not to forget the nuances dialect and phrases which have been used throughout the entire film. It’s indeed an amazing attempt by the casts.

It’s not merely a metaphor; it’s a glimpse into the minds of the people who dwell in this microcosm. There is even an intriguing omen that may be used to determine whether two people are compatible enough to marry.

With such a complex issue, director Ganesh’s powerful, yet level-headed film has garnered multiple awards at international level. Thaen is the most poignant film of 2021 that will make you cry and ponder over the circumstances long after the movie has ended.

“The hardship of an uneducated man fighting for his rights is a reality that many people face… In a sympathetic narrative, ‘Thaen’ puts his struggle to the forefront. The film is based on real events that are relevant in today’s world, and it has captivated the hearts of fans.”

A film that tugs at your heartstrings and lingers on your mind long after the scenes have rolled!