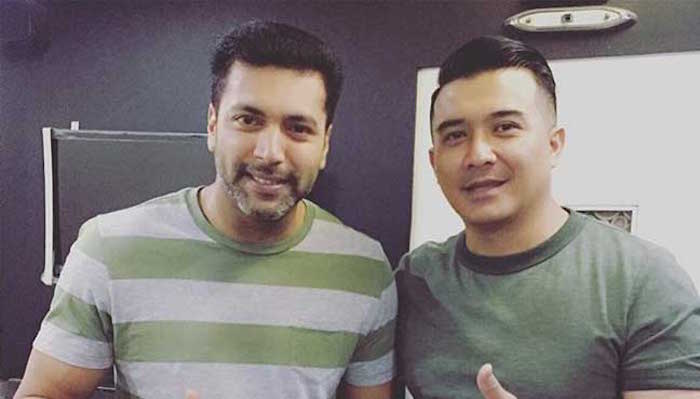 One of the highly anticipated movies this month, ‘Tik Tik Tik’ has been generating a lot of hype as the India’s first ever space movie.

Actor Jayam Ravi is taking on the lead role as a magician-cum-illusionist who is hired by the India’s space agency to perform an arduous task outer space. Directed by Shakti Sounder Rajan, this movie will also feature the likes of Nivetha Pethuraj, Jayaprakash, Arjun, Ramesh Thilak, and more.

Did you guys know that renowned actor and heartthrob, Aaron Aziz, will also be starring in the movie? Take a look at the list of casts.

Aaron Aziz, who hails from Singapore, shot to fame in both Singapore and Malaysia after recurring roles in the ‘Evolusi KL Drift’ series, ‘KL Gangster’, ‘Ombak Rindu’, and more. Apart form that, he has also starred in ‘Special Female Force’, a Hong Kong action flick – which means he’s no stranger to working on international films.

For more #PonggalRelease movies, check out this post below: