This multi-talented award winner has even earned a spot in the Guinness World Book of Records. 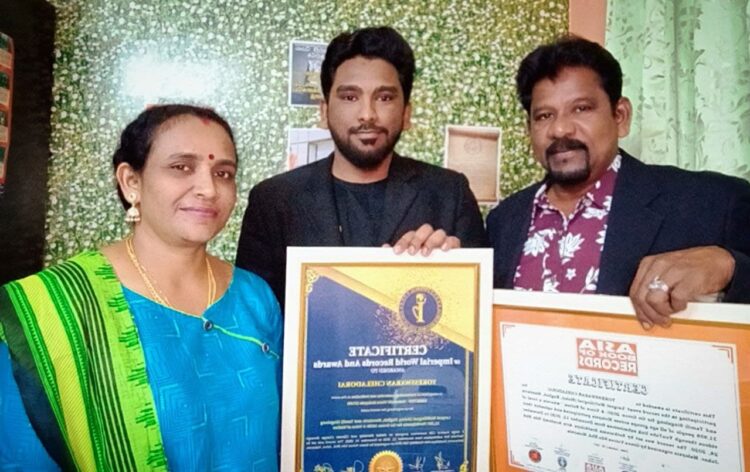 Beyond education, today’s youth are broadening their horizons in many fields, allowing them to stand out from the crowd. We’ve seen many young people go above and beyond their limits, sacrificing time and effort to become extraordinary people.

On that note, meet Yokesswaran, a Sungai Petani native who is indeed a multi-talented individual. His efforts to raise awareness about global warming earned him a lot of attention recently. He was one of the directors of the “Go Green Voice of Nation Program,” which encourages Malaysians and people throughout the region to plant a tree and help save Mother Earth. That became an event recognised by the Malaysian government, the Asia Book of Records, and the prestigious Guinness World Records.

He vied against 31,397 other participants who planted over 28,000 plants to preserve and conserve our environment. With over 9,000 YouTube links submitted by national participants throughout this programme, his inclusion in the Guinness Book of World Records is truly remarkable.

Since he was a child, the 23-year-old has been very active in many competitions, which has encouraged him to diversify his possibilities. He received his primary education at Saraswathy Tamil School, where he began competing in National Tamil Competitions at the age of nine.

That’s how young he was when he began his journey of endless possibilities!

At the age of 12, he had his first milestone when he participated in First National Tamil Media Debate Santhippom Sinthippom” Organised By Vanakkam Malaysia back in 2010. Yokesswaran consistently demonstrated his excellence and accorded proud moments for his parents as a result of this. 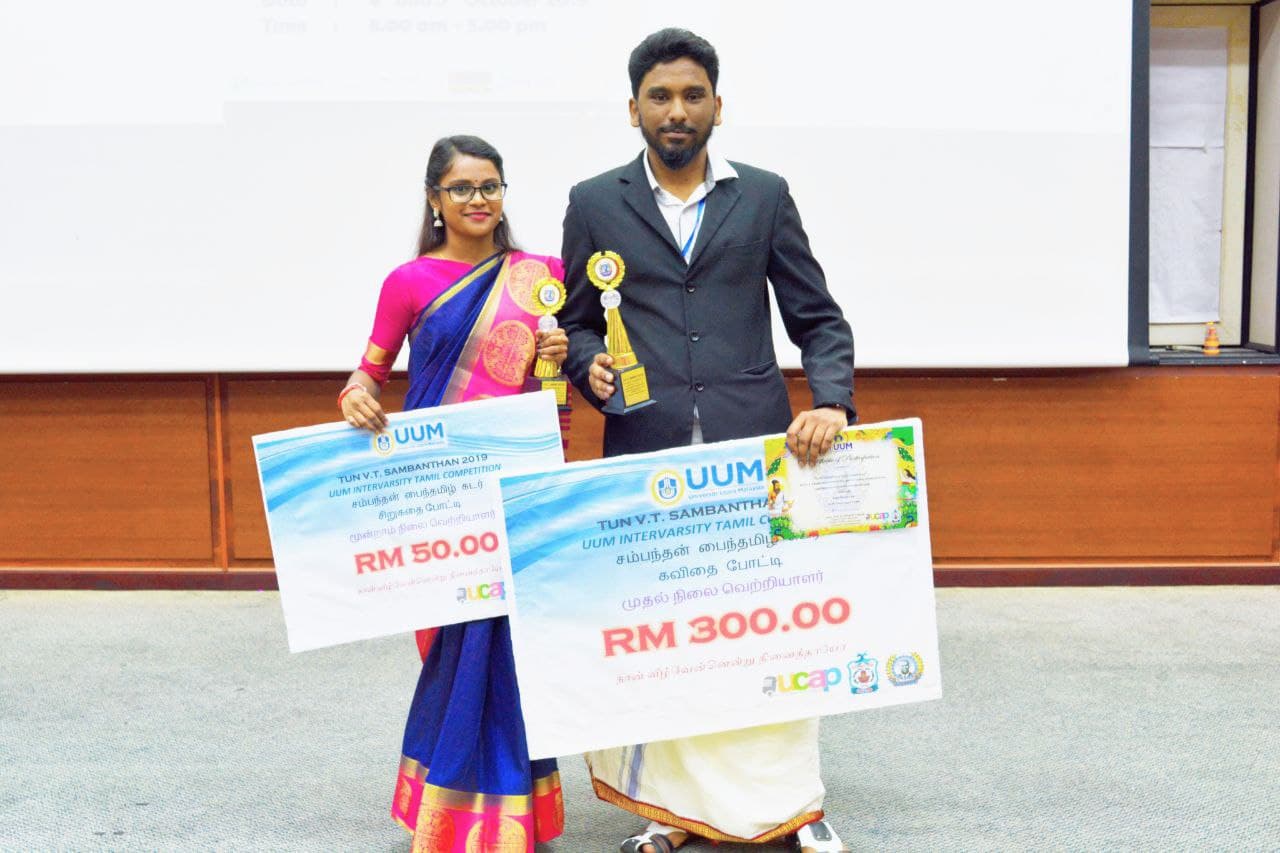 Over the past seven years, he has devised as an excellent speaker and improved his communication abilities by serving as an emcee, facilitator, coordinator, ice breaker, director, and manager at numerous national and international events. He’s also worked as a radio jockey at the International Tamil Radio Platform ‘Air Tamizha,’ which features RJs from India, Singapore, Sri Lanka, and other countries.

As previously stated, he appears to be a very multi-talented individual, as he has also branched out into acting in short films and stage dramas. He has received the Samutras Dance Academy’s Best Actor Award as an honour.

Yokesswaran stated upon his enrolment at  Universiti Utara Malaysia (UUM) to pursue a degree in Media Technology, he mastered many skills and became a trainer for the students there. 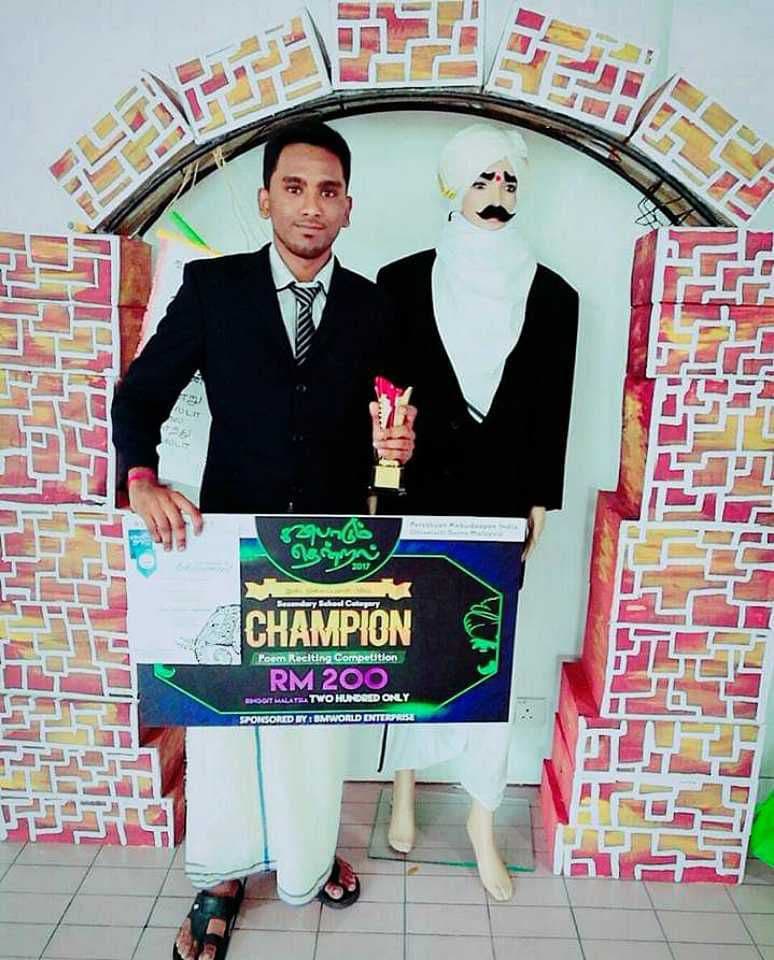 He established an unbreakable record in a variety of National Tamil competitions. 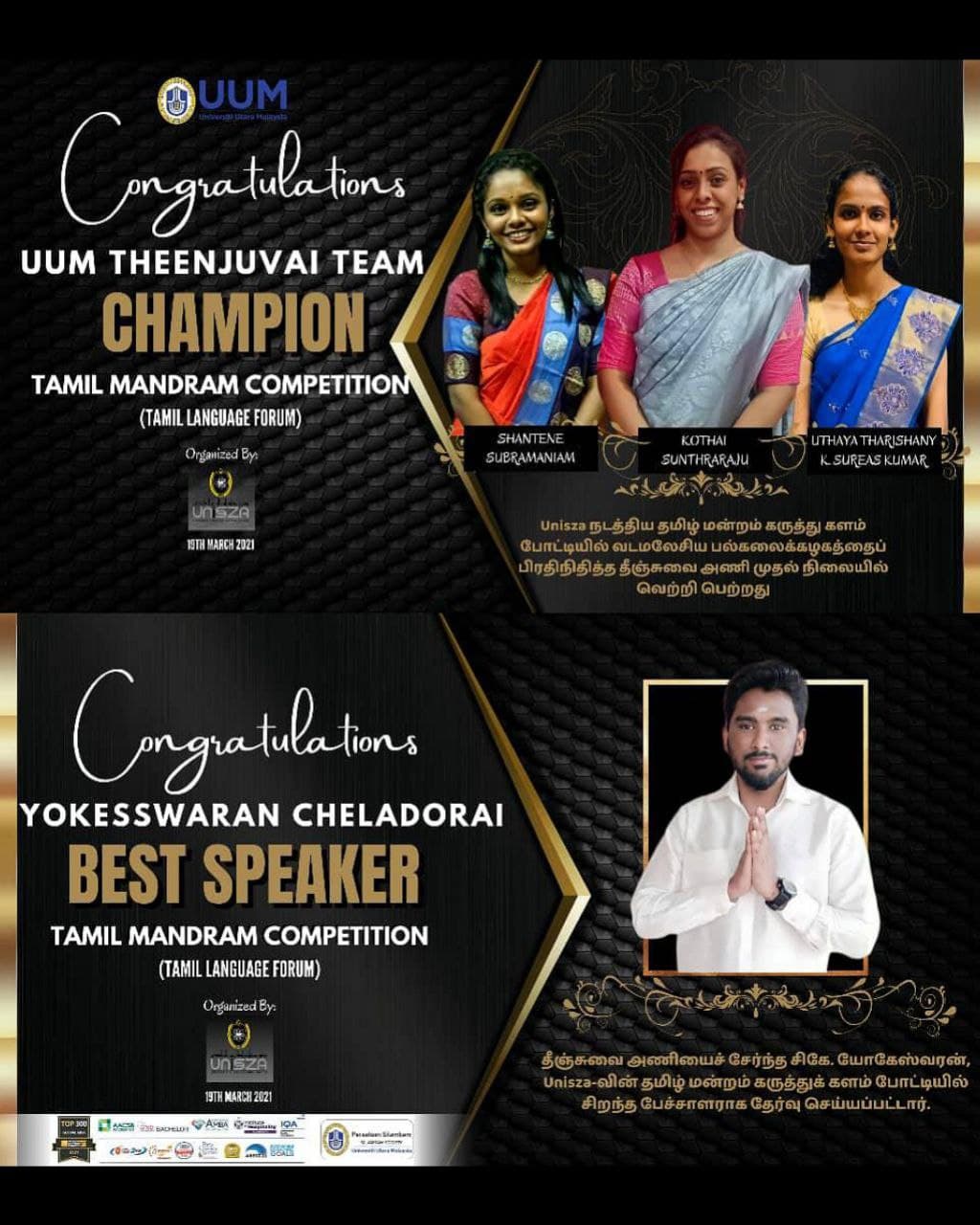 Along with that, he was a member of the Tamil Debate Team, Theenjuvai, which was formed at UUM and became unassailable in many National Tamil Debates by earning the title of Champion in competitions, such as Kavi Paadum Thendral, Semmozhi Sangamam, Tamil Mandram Forum Competition, and Kalam Kaanbom. 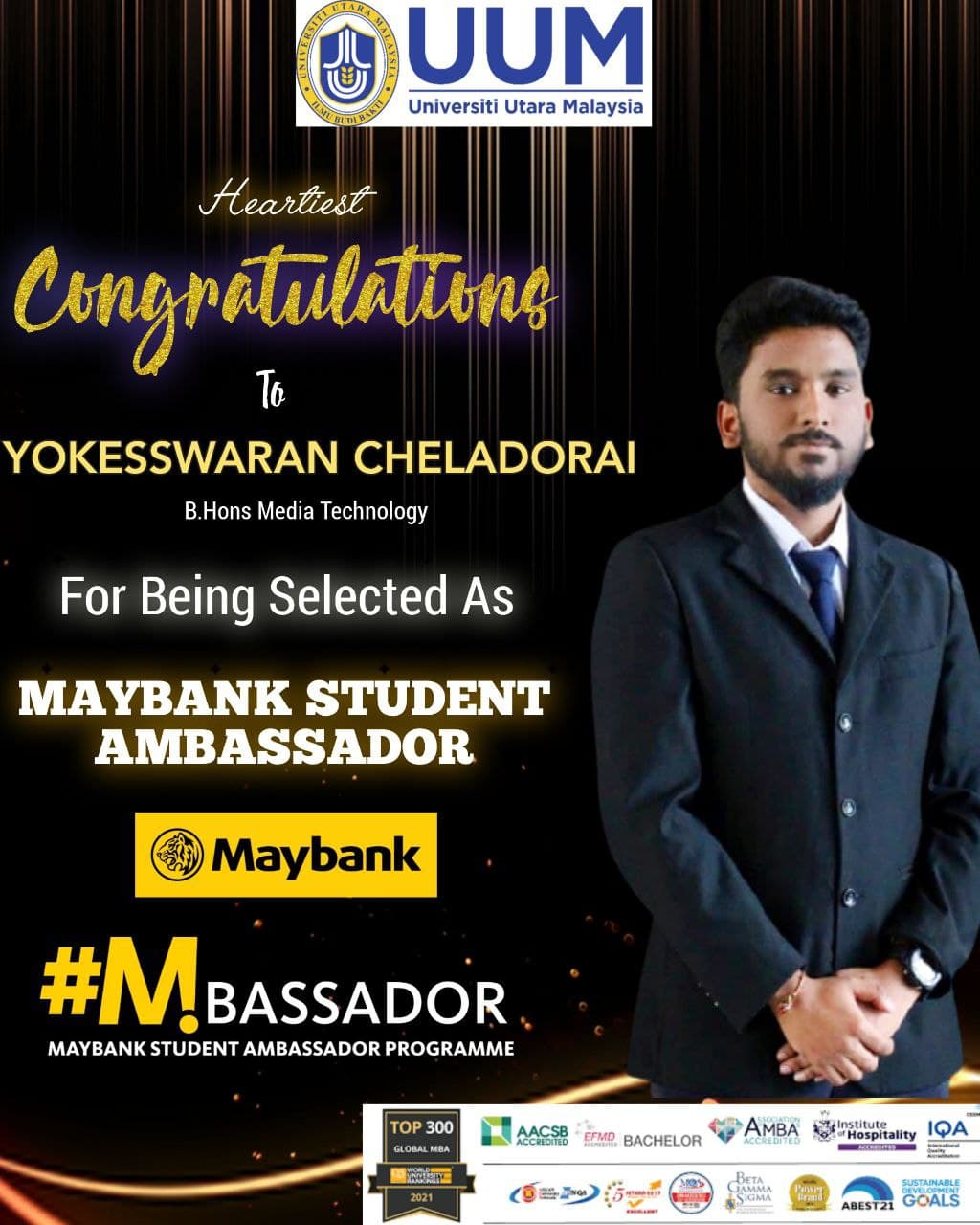 In addition, the Kedah native was named International Yoga Facilitator of the Year 2020/2021 at the inaugural International Ageing Yoga and Wellness Malaysia Award Ceremony. For more than five years, he has served as secretary of the National Yoga Association and Perfect Life Yoga Asia Academy, and he has organised state, regional, national, and international yoga competitions and challenges.

Furthermore, Kadaram Kalai Ulagam recognised him as an Inspirational Youngster 2021 and a Successful Youngster in Malaysian National Medias such as RTM Vasantham, Minnal FM, Raaga and Digi’s Saathanai Herokkal, Vanakkam Malaysia, Mannin Maintain Malaysia, and others. 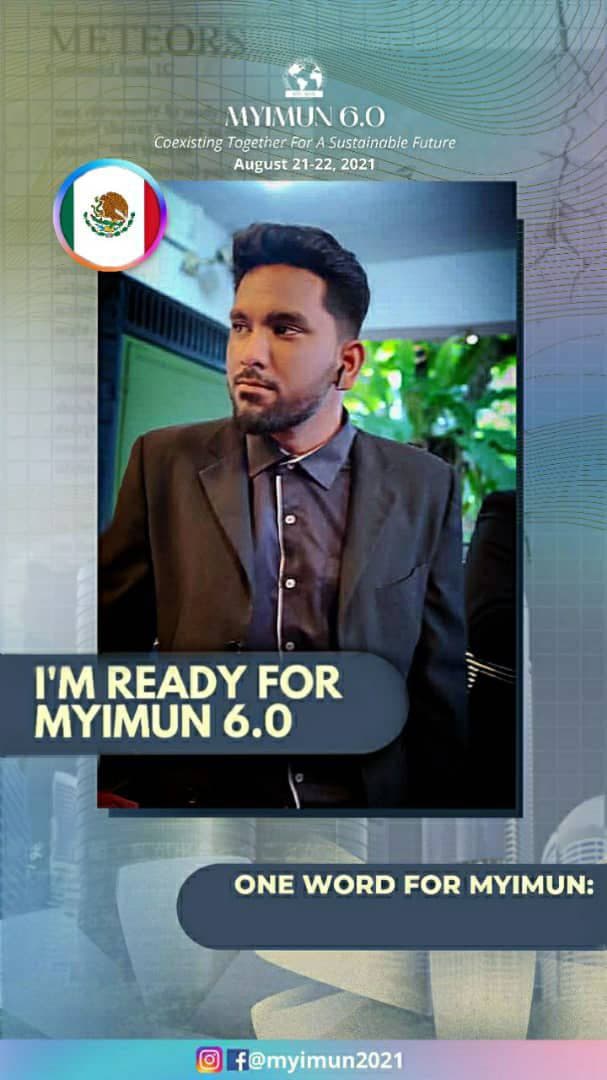 Among his recent achievements, he took part in quite a number of international conferences such as AWMUN, AAMUN, AYIMUN, SUNFO global Conference and also won Best Position Paper Award at MYIMUN 6.0 International Conference 2021.

There’s an old adage that says, “Today’s youth are tomorrow’s leaders.” As a matter of fact, it is critical that we recognise their accomplishments and contributions to society. And it is for this reason that Yokesswaran’s striving journey should be praised and highlighted in the eyes of the world, because such accomplishments should be recognised by many. 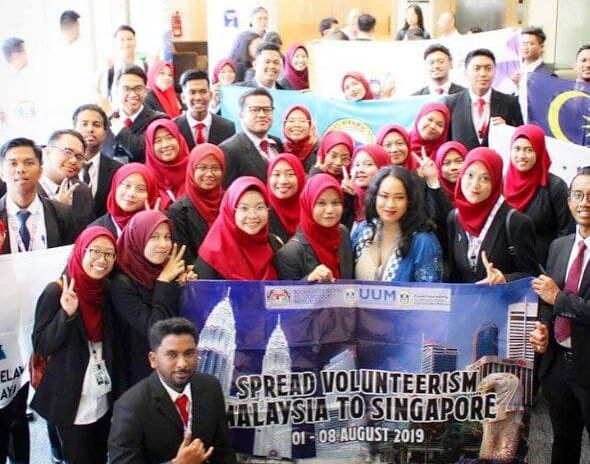 He is not only making his family proud, but also the community he serves. We wish you the best of luck in your future ventures and congratulate you on earning a place in the Guinness World Book of Records, fresh faced achiever!