by Varnam Newsdesk
21
SHARES
Share on FacebookShare on TwitterSend

Karthi and Rakul Preet Singh are back with their upcoming flick, Dev. Scheduled to be released in December, Dev is written and directed by debutant Rajath Ravishankar. The film will also feature an ensemble cast, comprising of industry stalwarts like Ramya Krishnan, Karthik Muthuraman and Prakash Raj.

Harris Jayaraj has composed the music for Dev, after a brief hiatus from the industry. We last heard him in Spyder, an underwhelming SJ Suryah starrer late last year.

Made on a budget of ₹50 Crore (RM28mil), crucial scenes in Dev have been shot in Ukraine and parts of Europe. The movie is all geared for release in December, and is slated to be an enjoyable action thriller.

Will the pair live up to the awesomeness of Theeran Adhigaram Ondru? We’ll know soon enough. 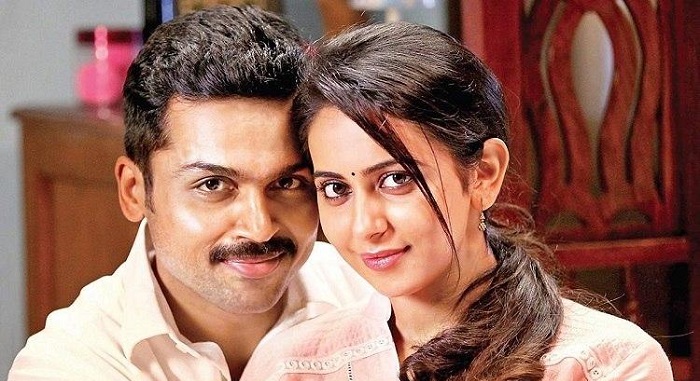