Laughter is certainly the best medicine. 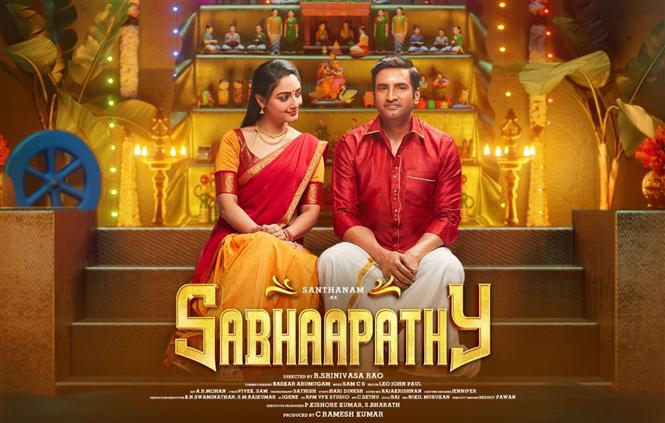 Santhanam is back on track with another fun-filled comedy film. Sabhaapathy is an upcoming comedy Tamil film starring Santhanam as the lead role along with Preeti Verma, MS Bhaskar, Sayaji Shinde, Vamsi Krishna and Vijay TV Pugazh. This movie was written and directed by R Srinivasa Rao while the music producer for this film is none other than the fame of Vikram Vedha, Sam C. S.

This much-anticipated movie will be released on 19th November 2021 in theatres.

The trailer is out now! It’s available on the Think Music India Youtube channel.

The trailer sets up Santhanam as an individual with a stammering problem. The first take of this trailer shows how he met his lover, Preeti Verma. Santhanam was struggling as he was being rejected in every interview he attends because of his stammering issue. The story starts to heat up when a mysterious red suitcase suddenly pops out in front of him. The luggage was seen to be filled with tons of money and many were after that luggage. There are a lot of fun and comedy sequences following that.

Fans were excited and showered praises for the actor in the comment section.

Get your popcorn and be ready to swim in the laughter pool!