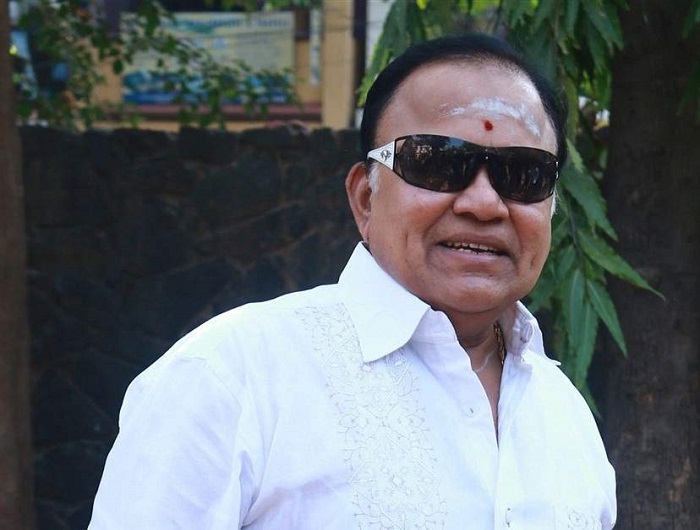 Early yesterday, singer Chinmayi has questioned the legitimacy of actor Radha Ravi’s Datukship on Instagram story. The veteran actor has been using the title Datuk before his name for the past 6 years in all official functions and film credits.

In 2012, an article surfaced in The Hindu that Radha Ravi was conferred the title Datuk by the Malacca state government. The article went on to claim that the actor was the first Tamil artiste from India to receive such an honour. Chinmayi claims that the award he received is dubious. The singer goes one step further, and shares a snapshot of www.istiadat.gov.my, a website set up by the Malaysian government. The search engine feature on the site allows the public to check if a person has been awarded a title by the government. Radha Ravi’s name did not appear when checked, nor did his real name, Rajagopalan Radhakrishnan Ravi. Other prominent foreigners who have been awarded the title are Shah Rukh Khan, Jackie Chan and Aaron Aziz, all confirmed by the website.

A picture of Radha Ravi receiving the award from someone dressed in Sultan’s garb had been circulating at the time, with the actor’s camp claiming the dignitary was the Sultan of Malacca. Malacca is one of the 5 states in Malaysia that do not have a Sultan. In fact, the Malacca Sultanate ended in 1511 when the Portuguese conquered the kingdom. The image is clearly photoshopped and Chinmayi hits the nail on the head when she says that no awardee will face the Sultan sideways when receiving an honour. 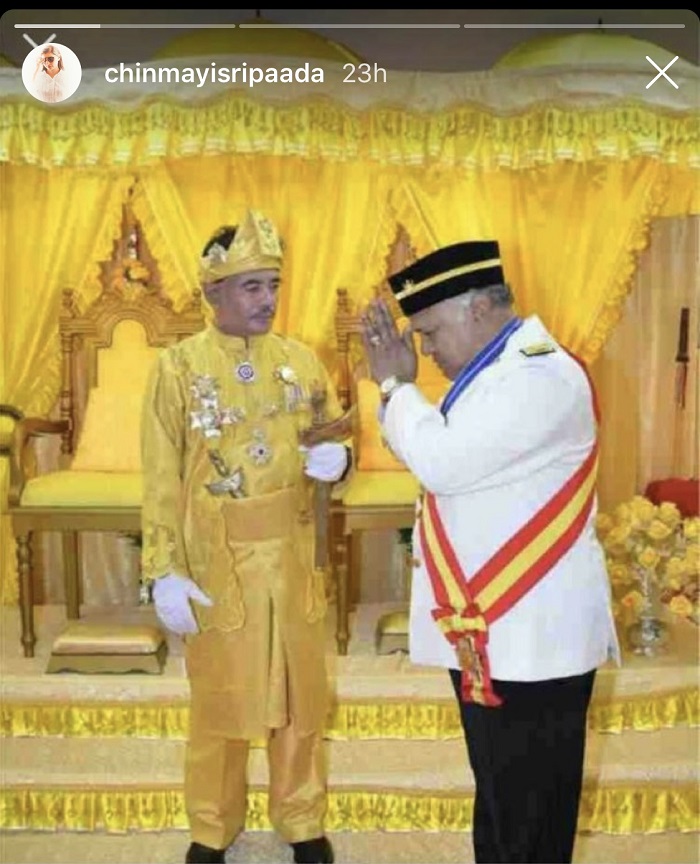 There was, however a bogus Sultan of Malacca around the same time Radha Ravi was given the award. He resembles the ‘Sultan’ in said picture. Businessman Noor Jan Tuah claimed to be the Sultan of the state and even set up a palace in Bukit Punggor and was driven in a Rolls Royce with the number plate ‘Sultan Diraja Melaka’. The self appointed Sultan was said to have cheated a few people by getting them to buy the Datukships. Noor Jan Tuah was later arrested in 2014. Was Radha Ravi the victim of a scammer Sultan?

Other than that report in The Hindu, there have been no reports in the Malaysian media over the actor being conferred a Datukship. Some news reports have referred to him as Datuk, but the fact remains that he did not receive the Darjah Mulia Seri Melaka nor the Darjah Pangkuan Seri Melaka, as per the government website. Both those awards are the only ones issued by the Malacca State Government that carry the title Datuk.

Radha Ravi has been making headlines for all the wrong reasons lately. A few allegations by sexual harassment victims were hurled at him at the star of the #metoo movement. A woman claimed that Radha Ravi tried to kiss her when she had a business meeting with him. He went into denial mode and threatened legal action against the complainant. He also gave a speech reeked with misogyny, spewing lines like “This crime (sexual harassment) won’t happen without acceptance,” and “Periyar demanded equal rights for women. But, if he were alive today, he would have said that he was wrong in asking equality for women because they (women) are taking advantage.”

A week later, the actor is caught on video giving a speech that mocks differently abled children. 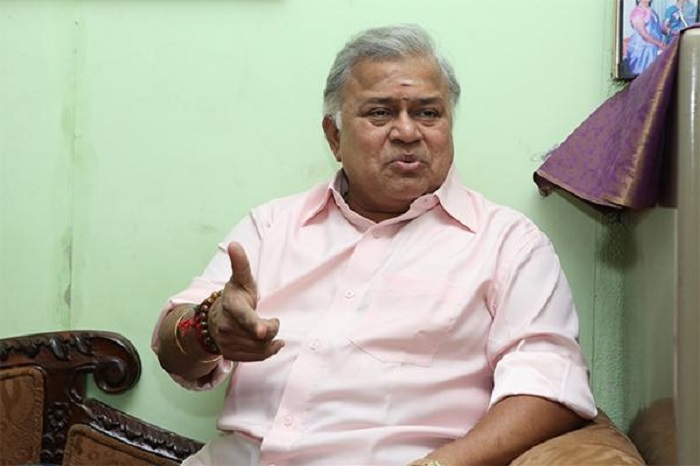 Singer Chinmayi’s ongoing battle with him began when her membership with the Tamil Nadu Dubbing Union was terminated for not having paid her membership fees. According to the singer, Radha Ravi runs the dubbing union like a mafia and lashed out at her for backing the victims of his alleged sexual harassment. Chinmayi has paid a lifetime membership fee for the union, and has been subject to the 10% commission the union takes from all dubbing artists’ salaries.

It is no secret that the actor wields power in the Tamil film fraternity. Will Radha Ravi clear the air on the debacle of his Datukship? Only time will tell.