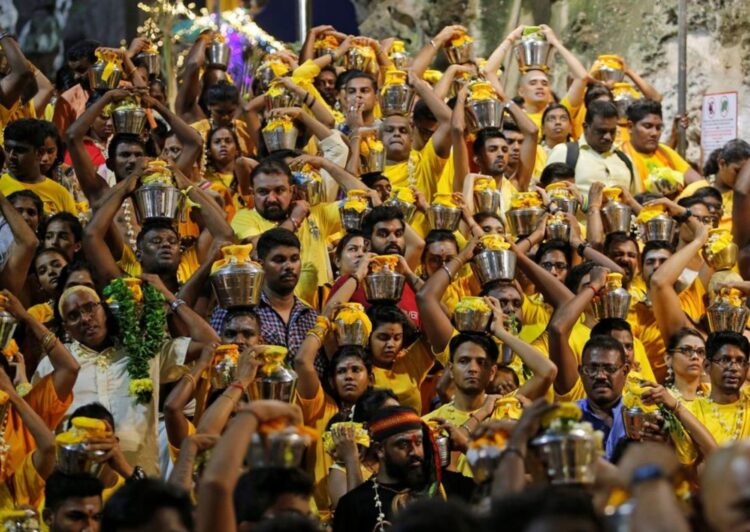 Many of us have started preparing for Thaipusam that takes place on the 18th of January this year. After many speculations, this celebration has earned the green light from the authorities which come with strict SOP’s.

This decision was taken following a meeting with National Unity Minister Datuk Halimah Mohamed Sadique, according to the head of the Penang Hindu Endowment Board.

Based on the meeting that was convened, the kavadi procession, head-shaving vows, and coconut breaking rituals would not be allowed during this year’s Thaipusam festival.

He also stated that thanner panthals are not permitted. Only 500 devotees who have completed both vaccination doses, including the booster shot, are permitted to participate in the chariot parade, according to The Sun.

“Besides scanning the QR code before beginning the ceremony, the devotees will be handed a specific card indicating that they have registered (under the temple committee),” he explains.

According to Ramasamy, the chariot is only allowed to make 5 stops from the originally intended destination, which was roughly 10 stops.

This, however, is purely based on the ministry and the National Security Council’s (MKN) decision on the proposal. The decision will be made public as soon as possible.

The chairman of Thanneermalai Shree Balathandayuthapani Devasthanam (Hilltop Temple), Datuk R. Subramaniam, emphasised that anybody seeking to execute their vows for the “paal kudam” ritual should do so ahead of time to prevent any congestion on the festival day.

He stated that this will help in the upkeep of standard operating procedures (SOPs) to prevent the spread of Covid-19.

“Because Thaipusam falls on January 18, we suggest that the ‘paal kudam’ ritual begin on January 12.”

“In addition, the temple will do half-hourly sanitisation work in accordance with the SOP.” To avoid a Thaipusam cluster, devotees are also encouraged to take a Covid-19 self-test.”

Anyone planning on attending the Thaipusam festival should strictly follow the SOPs provided since the Omicron strain is on the rise.