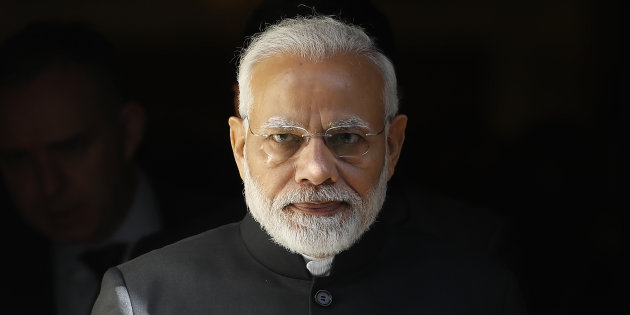 When you think about India’s Prime Minister Narendra Modi, many things come to mind.

Aadhaar cards. 2016 Demonetization of Indian Rupees. The World’s Tallest Statue in tribute to Sardar Vallabhbhai Pate. Even, making it on the guest list of  Priyanka Chopra & Nick Jonas’  Wedding Reception.

But did you know that PM Modi is also InstaFamous?

With over 15.5 million followers on Instagram, PM Modi is now the most followed global leader in the world!

According to a list published by online platform Twiplomacy, conducted by international public relations and communications firm, Burson-Marsteller, PM Modi is followed closely by Indonesian President Joko Widodo with 12.2 million followers in 2nd place and US President Donald Trump comes in 3rd with 10 million followers.

The ‘Yoga For Peace’ programme in Buenos Aires was special.

Glad to see the immense popularity of Yoga among the people, especially the youth, of Argentina.

Talked about how Yoga is a means to wellness and brings societies together. pic.twitter.com/s4tLkrDY6r

Earlier this year, PM Modi posted a picture with the, then, newly wed couple, Virat Kohli and Anushka Sharma. This photo is the most liked photo posted by any world leader EVER!

If that is not fantastic enough, PM Modi has also bagged 2nd spot as most liked picture on Instagram posted by a global leader, where he is seen waiting at a bus stop in snowy Davos ahead of the World Economic Forum 2018.

Pope Francis and Queen Rania of Jordan also made it to the list of top 10 most followed world leaders on Instagram.

We must admit that PM Modi has an amazing Instagram feed with photos of him walking barefoot, practicing Yoga and meeting world leaders.

This photo of PM Modi and his cute little friend will be our FAVOURITE one!