A huge accomplishment to these amazing ladies 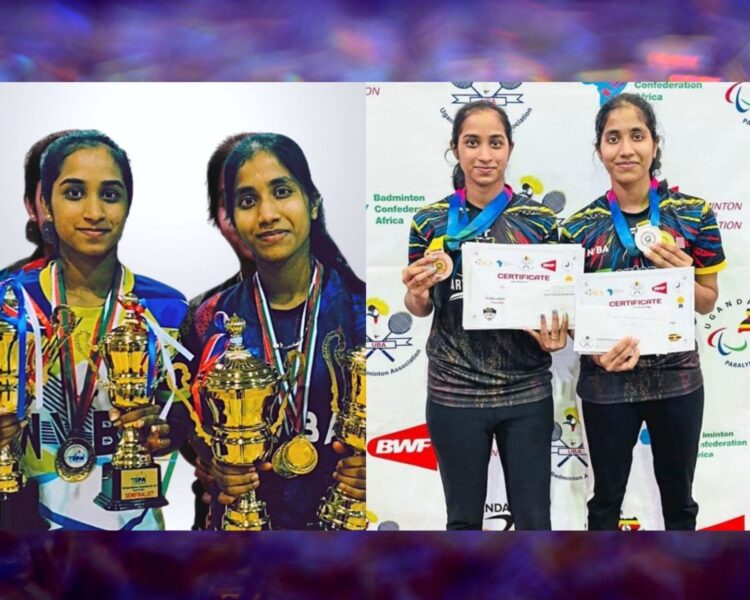 The Uganda International Challenge 2022 dramatically ended with a great piece of news as sisters, Kasturi, 21, and Venosha, 20, created a sensation as they earned the most prestigious title at the recent tournament. The tournament took place at the  MTN Arena, Kampala, Uganda on 24th till 27th of February 2022 creating buzz over social media platforms.

However, the duo didn’t have it easy as their Men’s Doubles compatriots in the Women’s Doubles Finals match against second seeds Martina Corsini and Judith Mair from Italy. The Malaysian sisters displayed their nerves to earn the title of championship throughout the tournament.

Those who were placed as the third seed of the tournament first denied the progress of the top seed from Italy in the semi-finals after winning over Katharina Fink – Yasmine Hamza 21-15, 21-17 in 29 minutes.

Kasturi and Venosha have been playing badminton since they were seven and six respectively. Radhakrishnan, a dedicated father and former Royal Malaysia Customs officer encouraged his precious princesses to pick up the sport.

Both sisters have emerged as runner-ups in the Yonex-Sunrise Bangladesh International Challenge 2021, and received a whopping US$720.

The pair, who train under New Vision Badminton Academy, also repeated their success as emerging women’s doubles champions at the 2019 Fleet Mauritius International tournament. They won the women’s doubles tournament on 16th June. The duo defeated locals Aurelie Marie Elisa Allet and Kobita Dookhee 21-14, 21-14 and received a whopping US$800.

In addition, Kasturi won the AirAsia-BAM National Junior League Finals and the inter-state mixed team (Under-18). She also represented the national side at the 2018 Asean School Games in Kuala Lumpur.

Congratulations on your tremendous achievement ladies!