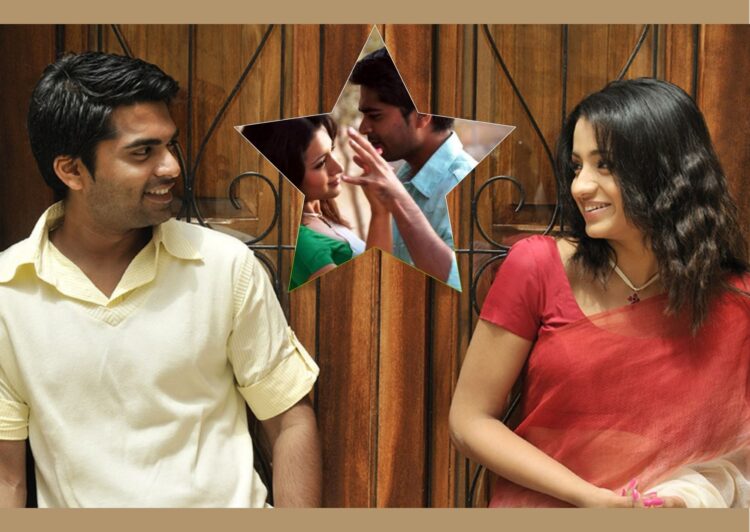 When it comes to romantic flicks, Gautham Menon is a Picasso. The justice he does for this genre is just astounding, and his films always undoubtedly leave the audience with a lasting impression.

On that note, Vinnaithaandi Varuvaaya is one of the director’s masterpiece that was released in 2010.

Karthik and Jessie are the names that pop out quickly when you think about Vinnaithaandi Varuvaaya.

It’s hard to believe that this heartwarming love story was released 12 years ago.

Vinnaithaandi Varuvaaya is a film that will actually test your patience as the plot unfolds. However, this is a classic love story that everyone should watch at least once in their lives.

The cutest yet sad love story depicts the connection between a Malayalee Christian girl and a Tamil lad staring Simbhu and Trisha as the leads. This iconic love story is all about falling in love, all of the emotions, confusion, and roller-coaster feelings that come with it.

According to the source, Vinnaithaandi Varuvaaya had a lot of anticipation from the audience before its debut, and it turned out to be a smash once it entered the theatres.

Karthik (Simbhu), a mechanical engineer who dreams to be a film director, fell in love at first sight with his landlord’s daughter Jessi. Karthik professes his love for her in an amusing way, but she refuses to accept it, alleging practical factors like their age gap, different cultures, and her family’s pride.

Karthik’s love for Jessi was expressed in a bunch of different romantic ways throughout the film. One of the scenes in which we can see his love for Jessi is when he goes long distances simply to apologise to her.

Jessi’s character was a rarity back then as this movie acknowledges the archetype of a woman who finds herself in the oxymoronic position of deriving her independence from attachment to a set of factors.

Jessi’s role was new at the time, as the film acknowledges the ideal of a woman who derives her independence through devotion to a set of parameters.

Furthermore, the best aspect of the film from start to finish was the splendid background soundtrack composed by none other than Oscar winner AR Rahman.

The fusion of Malayalee music instruments and this maestro’s touch produced enchantment for the entire film.

This maestro lifts the standard with a magnificent album that is still at the top of our playlist. Almost every song in this film is noteworthy and remarkable, mesmerising the audience both audibly and visually.

Vinnaithaandi Varuvayaa will undoubtedly be remembered for a long time.

Thank you Gautham Menon for giving us the opportunity to witness this cute love flick.