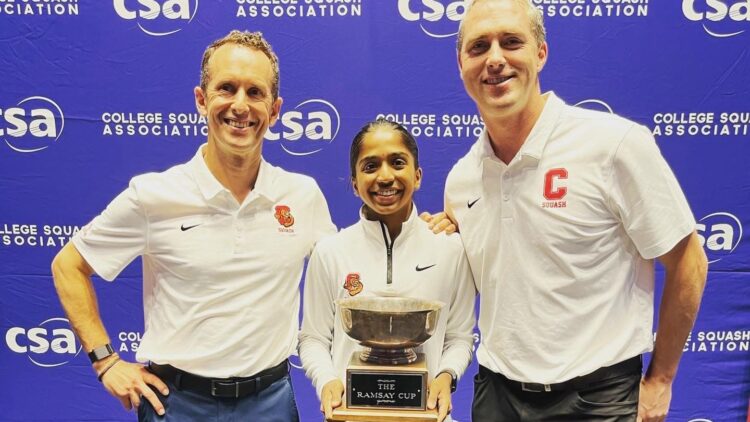 National squash player S.Sivasangari chalked up yet another victory by emerging with her first US collegiate title for Cornell University. The World No 26 player overcame stifling heat and a persistent challenge from her opponent by recording an 11-4, 2-11, 11-9, 12-14, 11-7 victory to complete a perfect season with a 19-0 record.

Despite coming from the humble region of Southeast Asia, the 23-year-old celebrates a historic milestone this month after stealing the limelight by being named as the Ivy League Player of the Year recently.

Cornell coach David Palmer applauded the Malaysian for having an excellent fighting spirit, despite the fact of a challenging ending.

“Sivasangari kicked off with a good start by dominating the primary recreation. Then Hana stepped up in the following games with some excellent hitting, and both of them were having some great rallies. We have been actually pleased with how Siva stored her psychological energy within the fifth. That made the distinction ultimately,” he stated.

As per the coach, Hana started to get drained as Sivasangari made her run far and wide in the courtroom. And guess it’s a well-played trick by the young lass as she slowed the tempo and uncovered her gradual actions with some nice angles to win, and this time she transformed the championship level.

The CSA National Collegiate Individual Championships had a total of 80 qualifiers, who were split into five groups. In the Ramsay Cup bracket, the top 16 participants were placed together, including Sivasangari and her partner, sophomore Wen Li Lai. While Lai was ousted in the quarterfinals by Moataz, her first-round victory on Friday ensured her a position on the CSA All-America first team, giving the Big Red for the first time in school history two choices to that elite group of ten in the same season.