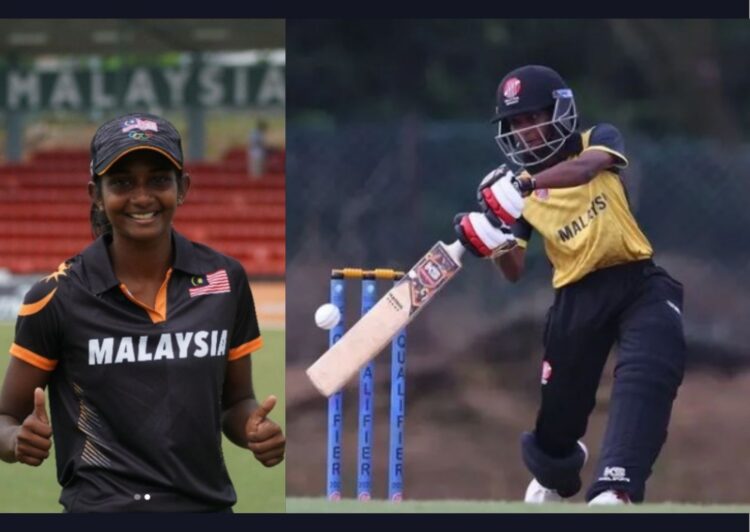 Women’s cricket has become quite popular in our country and around the world, and in regards to that one of our women cricketers will be representing Malaysia at the international tournament.

Winifred Anne Duraisingam, the captain of the Malaysia’s Women’s Cricket Team, has been signed to participate in the FairBreak Invitational 2022 Tournament, which will take place in May 2022.

So far, Winifred is the only woman cricketer from Malaysia that has been chosen to participate in this world’s first privately funded tournament in women’s cricket history

Winifred, known as the long-serving captain, will be flashing her remarkable skills as a right-hand batter and medium-pace right-hand bowler.

The FairBreak Invitational 2022 Tournament is an ICC sanctioned competition that will commence on May 1st, in collaboration with Cricket Hong Kong, in Dubai.

This six-team tournament will feature players from all around the world, and it will be the world’s first privately funded tournament in women’s cricket history, with Gencor as the lead sponsor.

In an interview with Malaysian Cricket Association, this 29-year-old cricketer said that her journey in this profession began at the age of eight, and by the age of fourteen, she started playing for the National team.

At the age of 17, Winifred was honoured as captain of Malaysia’s Women’s Cricket Team.

This cricket-prowess represented our country earlier this year in the Commonwealth Games Women’s Cricket Competition Qualifiers, which began on January 18th in Kuala Lumpur.

We wish Winifred the best of luck!