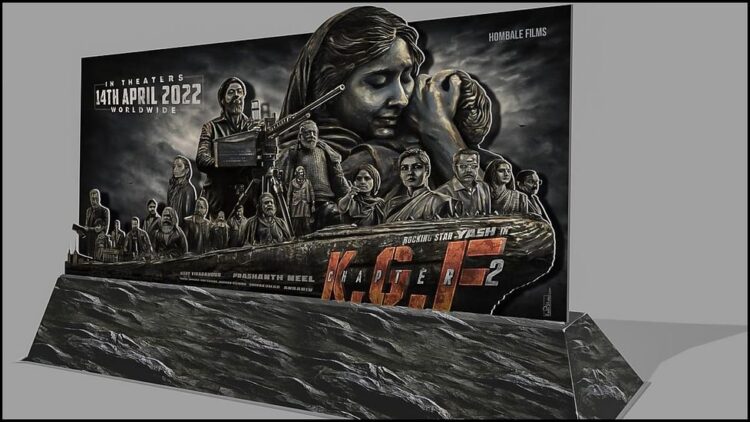 Less than half way through the year, Prashanth Neel has already pulled off one of the massive cinematic surprises of 2022.

Without any doubt, the brain behind this mind-blowing masterpiece has surely shattered all the records at box office. The much-awaited sequel to the 2018 is a humongous hit replete with glamour, pathos, western machismo, a whole lot of action-packed film along with a larger-than-life as an anti-hero Yash’s Rocky Bhai.

KGF: Chapter 2 begins with where Chapter 1 ended, the Garuda killing scene. Rocky (Yash) murdered Garuda and so now takes control of blood-soaked Kolar Gold Fields (KGF). Rocky creates his humongous empire, but fate has other plans as Suryavaradhan’s brother Adheera (Sanjay Dutt) comes into the scene, evidently with a bigger plan. How does he manage to face the deadly Adheera, the Prime Minister of India Ramika Sen (Raveena Tandon), and his girlfriend Reena (Srinidhi Shetty) amid the war-like state ?

A hero who steals the limelight — “He’s doing all this because someone told him to. Who will now tell him to stop?”

Despite the fact that the action film has an excessive number of villains, Yash’s outstanding performance guarantees that these are only transient ideas. Trust me, you won’t have the time to even check your phone as his performance will keep us hooked till the end. More than his playful turns, it is the emotional beats that are most effective, and the rage-filled eyes of Yash say more than what he does in his trademark broken English.

The plan of getting Sanjay to act in this antagonist role was decided when Prashanth penned for KGF Chapter 1. As per his role, he looks terrifying in a Viking-inspired look and his performance was just wow!  From his body language to his appearance, all the writer could say is no one dares to even go against him, EXCEPT the don, Rocky.

The Women of KGF

Although the main character and those in pivotal roles were male,  it was so empowering as a woman to not only feature incredibly strong female characters but they’re realistic, relatable and most importantly, not written to be liked.

This time around, KGF-verse glorifies women, uplifts them but in some ways hollows out their character in cinematic misrepresentation. But are they what they seem and more or less?

Archana Jois who played the role of Yash’s mother has earned the nickname of ‘KGF Amma’ and the writer thinks that the audience felt the presence of ‘Amma sentiment’ throughout the entire film.

Mother is the greatest warrior of the world !!!

Despite being in her late 20’s, she was totally indulged in her role and optimistically portrays the struggles inherent in a society. She was pretty integral in the film but she still didn’t forget to be a good mom to her son while being a fearless and loving mother. 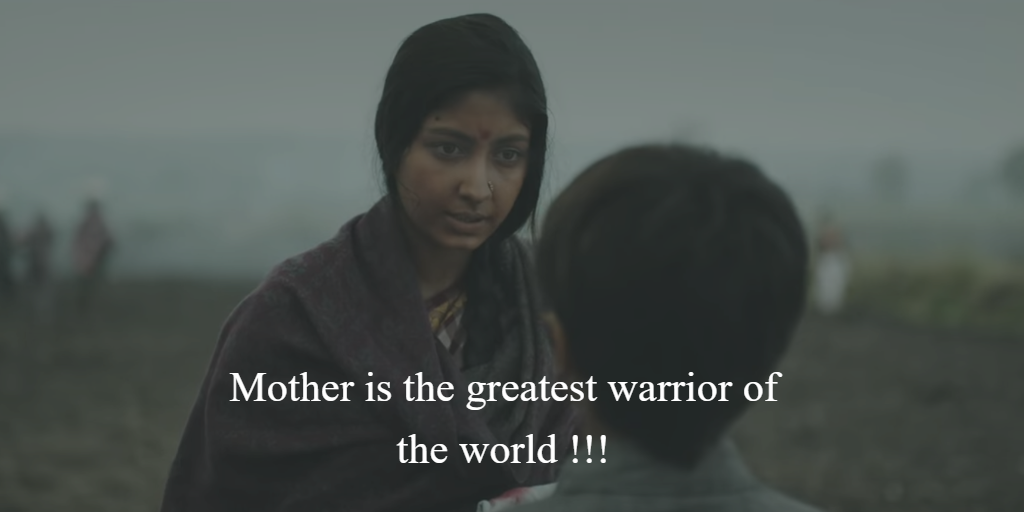 On the other hand, Raveena Tandon as the Prime Minister (Ramika Sen) leaves a bigger impact among the audiences. Despite having a very minimal screen space in the film, her role as a ruthless PM has raised accolades for her perfect body-language, and mannerisms. Her contributions and talent were totally irreplaceable at any cost. She stuns the audience with her bold character that she plays on screen.

Will she be able to say YES for the major execution of Rocky?

Penned by the ever talented director himself, we need to give a special mention for the dialogues which not just add to the constant undercurrent of humour, but also have noteworthy lines that can go right on motivational quotes.

One of the dialogue which garnered the writer’s attention was;

A simple yet powerful dialogue has gained tremendous attraction from the audiences.

At its core, the writer gives a special shout out to the brilliant technical team who have successfully taken the entire film to the next level. From maintaining the colour palette to minimum which suits the film’s tone, Bhuvan Gowda (Cinematographer) gives us some stunning visuals to keep us invested in the world of KGF. Every visual element of the flick stands out, whether it’s the enormous expansion of the mines or the never-ending views of an assortment of vehicles including classic cars, helicopters, planes, and etc.

On the other hand, the 19-years-old young teen, Ujwal became the limelight in the Kolywood industry since his editing skills was beyond our expectations. Yes, could you believe that the whole mega-blockbuster film was edited by a young lad who has never edited a feature film before?

Ujwal just deserves a pat on the back!

There’s still no denying how impressive the visual effects are, especially for the climax part. VFX has been positively bringing meaning to the words ‘movie magic’ for over two decades now; and Prashanth has accepted all sorts of challenges by ensuring to transform fantastical screenplays by bringing the imaginary world to life.

A variation of the proverb;: “You can’t take it with you when you go.”

When we die we leave everything on earth. We don’t take anything with us. Even the richest people cannot take their money with them after death. But, in this film Rocky has taken all his gold along with him!

One thing is for sure, the climax is plain and simple and yet an open one for audiences to interpret. There is also a little surprise for the fans as the makers have left a post-credit scene, hinting that Rocky Bhai could return for KGF: Chapter 3 and this time his crimes have crossed international borders.

Will there be a bigger threat in KGF Chapter 3?

Either way, we can’t wait to see what the director has in store for us, especially in relation to Rocky’s death and fulfilling his mother’s promise.