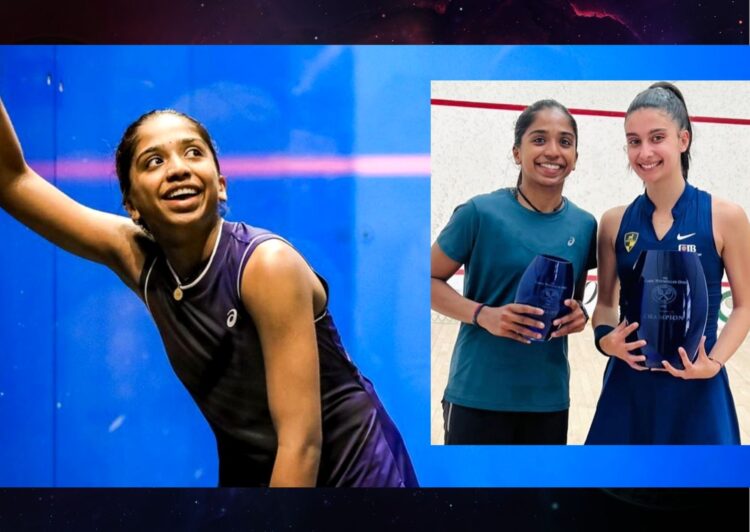 With prodigious natural talent, the Malaysian squash player S. Sivasangari may have lost her chance to win the prestigious PSA World Tour Bronze level title but the young prodigy has kept proving that there should be no such thing as giving up when it comes to a match.

Sangari, the world No. 22 player emerged into her first Professional Squash Association (PSA) final this year when she stayed calm to notch a fine 11-8, 11-7, 6-11, 12-10 win over fifth seed Farida Mohamed of Egypt at the end of the magnificent 46-minute semi-final showdown in the Carol Weymuller Open in New York on Sunday.

According to PSA official homepage, she has continued her fine performance by advancing to the final of Carol Weymuller Open 2022 in New York which took place on 24th April, at 19:30 (GMT-4).

“This achievement has brought so much joy and this is my biggest final.  In February I lost in the semis of a 50K and I’m so happy to make it through. It’s always tough to play Farida. She’s a huge fighter. It was more of a mental game today and I think I did really well to hold one and finish in 4. I’ve played Rowan a couple of times and ever since we were juniors we’ve been playing and I just hope to stick to my game plan and do my best,” said Sivasangari.

Sivasangari’s next match would be the J.P Morgan Tournament Of Champions 2022, New York (United States) which will kick off on 1st May till 7th May.

Wishing you best of luck Sivasangari!