Are you ready to witness lit performances from our Malaysian Tamil hip-hop artistes? 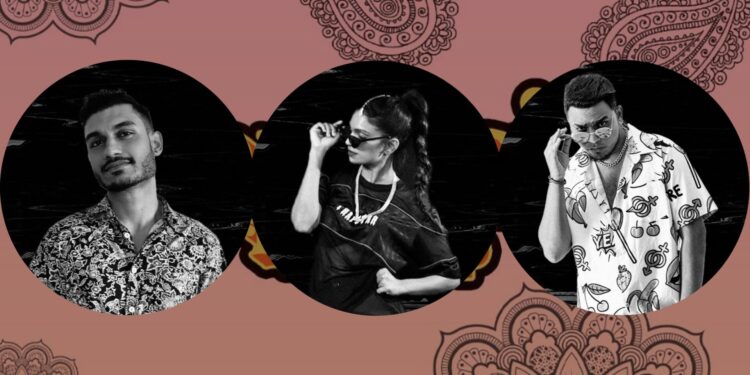 A few weeks ago, we made a shout- out to all hip hop music enthusiasts in Malaysia.

Spearheaded by the fabulous team FourOne6, they are all set to hustle their very first hip-hop concert this year aptly titled “Naamastay Hip Hop!” featuring prolific artists right up to upcoming budding talents which will be taking place on 29th May 2022, from 4pm at The Bee, Publika. 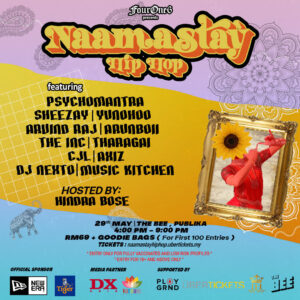 The artist lineup for this gig is just so lit that we can expect a banger in their stage presence all night long, brimming with so much energy.

Varnam Malaysia had the opportunity to interview some of the talented upcoming artists who will be performing at the event. 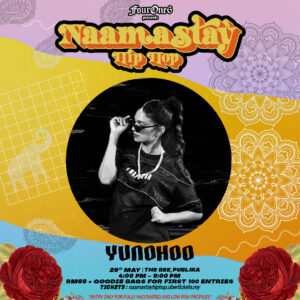 Yunohoo, previously known as Rubba Bend, from the fame of Stylish Tamilachi song will be performing on stage. She has worked with legendary producers such as Yuvan Shankar Raja, Rabbit Mac, and Roshan Jamrock and she’s made her debut in the Kollywood scene.

Despite the fact on being nervous after a long time of staying idle, the rapper said, “After two years of recording and engaging in online shows from home due to the pandemic, I am thrilled to perform live on stage, to connect and to feel the enthusiasm brimming from the audience themselves.”

When asked about the pressure of being in the rap industry, this 90s kid stated that pressure is always there.

“It’s hard to manoeuvre in this industry without having a proper understanding of how to deal with various projects, especially as an independent artist,” she explained. “But I’m grateful to my mentors who have guided and supported me when I needed it most.”

This is what the rap maniac emphasises: no matter what you do, you can’t please everyone. She encourages young talents to pursue their passion and self-love should be prioritised above anything else. 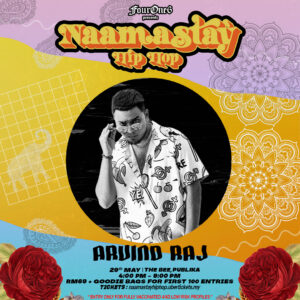 Arvind Raj, a rapper, singer, and producer has carved a name for himself in the global Tamil rap scene. Moreover, he also comes from a musically inclined family. His originals and covers have earned him a loyal fanbase. Arvind Raj is also a member of Good Fellas Entertainment, a well-known Malaysian musical company.

The 29-year-old, who hails from KL, expressed his excitement to be back on stage with other musicians after the MCO.

Arvind, who is also a senior executive in business development, just released a song called Nandu Kathe, which features Music Kitchen. The lad who is known for his lively rap flows and catchy rhymes believes that consistency is the key to success and has hinted that he would release more songs by the end of the year. 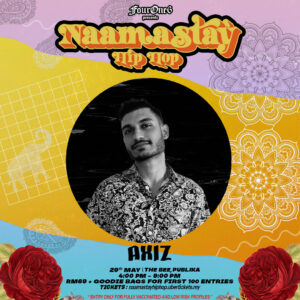 Axiz, whose real name is Aakaash has been working on the scene since he was 11. This young lad’s debut on Future Fresh with the title track “Mudinja Pudichiko” features his own crafted unique flair.

Axiz, who is from Seremban, remarked “It honestly does not seem to be real. I’m grateful to God and the good people who made me reach here. I’m honoured to be sharing the stage with truly inspirational performers. I’m too excited.”

The 23-year-old said the only pressure he feels is if he can produce music that makes people feel the same way he does when listening to his favourite songs. Peeps, this young man will be releasing his debut single, with some lovely tunes thrown in for good measure.

Seems like y’all are getting excited to join this salvo-staging live gig…Well, it’s not too late ya!

Tickets are still available and priced at a super reasonable rate of RM69. Wondering how to purchase the ticks?

No worries fellas and sistas, all you have to do is click HERE to head over to the ticket purchasing website.

Homies, do take note that the first 100 early birds will be walking away with swagger goodie bags!

If you want to know more about the complete stargazing hip-hop night, click HERE. 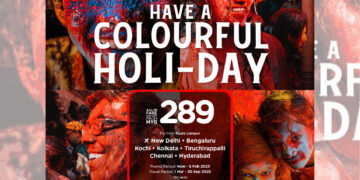 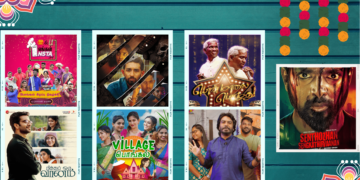 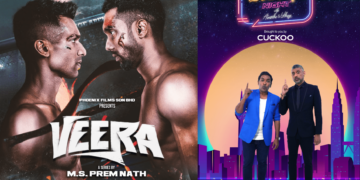 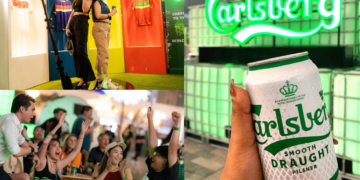