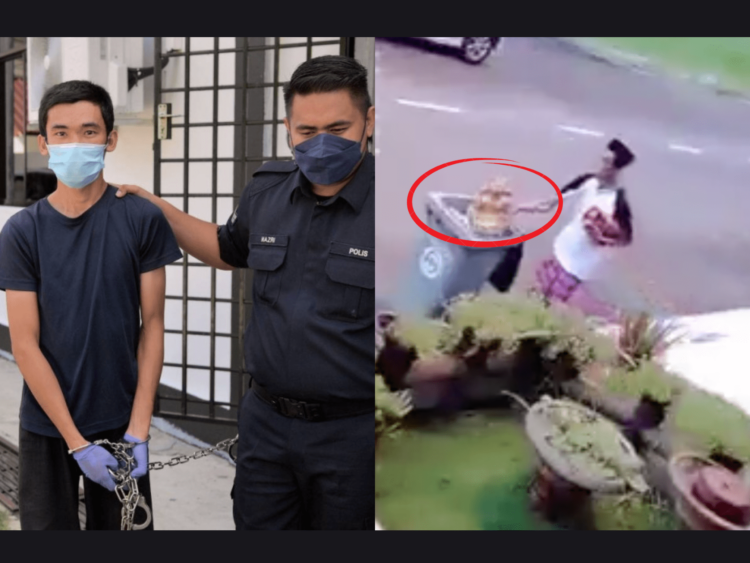 Just hours and days after a video went viral on social media, the police have detained a suspect after he was caught on CCTV footage throwing the statue of the Hindu deity Lord Ganesha into the garbage bin in Taman Scientex, Senai, Johor that has since gone viral on social media platforms resulting in massive public outrage.

The suspect, Gabriele Jungkak Steward was sentenced to a minimum fine of RM2,500 after he pleaded guilty at the Kulai Magistrate’s Court in Johor. Working as a restaurant assistant, the 23-year-old accused was charged under Section 427 of the Penal Code which carries imprisonment of not less than one year and a maximum of five years, with a fine, or both.

Last week, a Facebook user which goes by the name of Krishnamoorthy Vichu uploaded a 42-second-video clip, where the suspect was found to commit the unethical behaviour by throwing the statue that was connected to a water fountain which was placed in front of a house as decoration.

Since then a swarm of criticism and public outrage were quickly followed by netizens, in particular Indians who were distressed over the incident.

Watch the video below:

According to Malay Mail, Gabriele claimed that he threw the statue as it was in his way while passing by the house. Adding on with his other confession where he admitted that he had thrown and burned some decorative religious statues at various locations at different times.

Despite imposing a very minimal punishment, let’s hope the young man will learn his lesson before it’s too late.