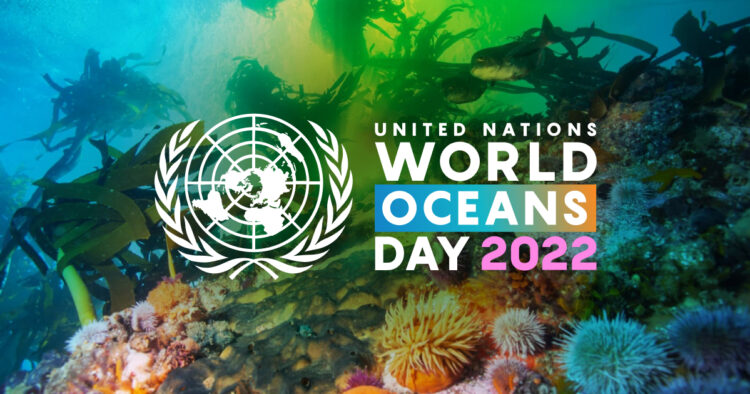 Oceans cover three-quarters of the earth’s surface, contain 97% of its water, and account for 99 percent of the planet’s living space by volume. It is our life supply, sustaining humanity as well as all other organisms on the planet. The ocean supplies at least half of the world’s oxygen, is home to majority of the planet’s biodiversity, and is the primary source of protein for over a billion people worldwide. Not to mention, the ocean is critical to our economy, with ocean-based sectors to employ 40 million by 2030.

As reported by the United Nations, the ocean is under more greater danger than ever. Ocean temperatures are rising as a result of the climate catastrophe, harming marine life, bleaching corals, and weakening entire ecosystems. Rising sea levels are putting the lives and livelihoods of coastal inhabitants in jeopardy.

Not only that, each year, more than eight million tonnes of plastic pollution enters the ocean, and illegal, unreported and unregulated (IUU) fishing threatens coastal communities economic lives while also harming the ocean’s health and biodiversity. Despite all of its advantages, the ocean today requires assistance. We are extracting more from the ocean that can be restored, with 90 percent of major fish populations decimated and 50 percent of coral reefs devastated.

Revitalization: Collective Action for the Ocean, the theme for this year

This year’s World Ocean Day will be hosted by the United Nations Divisions for Ocean Affairs and the Law of the Sea (DOALAS), on 8th June, as it will take on a hybrid style, with an in-person event at the United Nations Headquarters in New York and a virtual broadcast. The event will be joined by leaders, celebrities, institutional partners, community representatives, and cross industry experts to discuss on important subjects and seek to inspire and ignite change.

World Oceans Day serves as a reminder to everyone of the importance of the oceans in our daily lives. They are the planet’s lungs, a key source of food and medicine, and an essential component of the biosphere. The goal of the day is to raise public awareness about the impacts of human actions on the ocean, to build a global citizen movement for the ocean, and to mobilise and unite the global population behind a project for the long term management of the world’s oceans.

The oceans connects, maintains, and supports all of us, yet its health is on the verge of disruption. This event is all about providing cue to everyone to work together to achieve a new balance with the ocean, one that does not drain its abundance but rather restores its vibrancy and gives it new life. This will focus on the communities, ideas, and solutions that are collaborating to protect and rejuvenate the ocean.

Here is the RSVP for you to register freely and attend the virtual event to show your support towards the restoration of oceans. Don’t forget to share your Ocean Story with UN World Oceans Day.

To preserve the health of the ocean and marine life, these are the ways for you, as a responsible human being to follow at home, outside home and anywhere such as;

Click HERE to know more information about the fact and figures of sea live and latest update on the oceans.

Revitalisation is the goal, collective action is how we will make it happen. Keep the environment and ocean clean.