How many of us know that he's a lyricist? 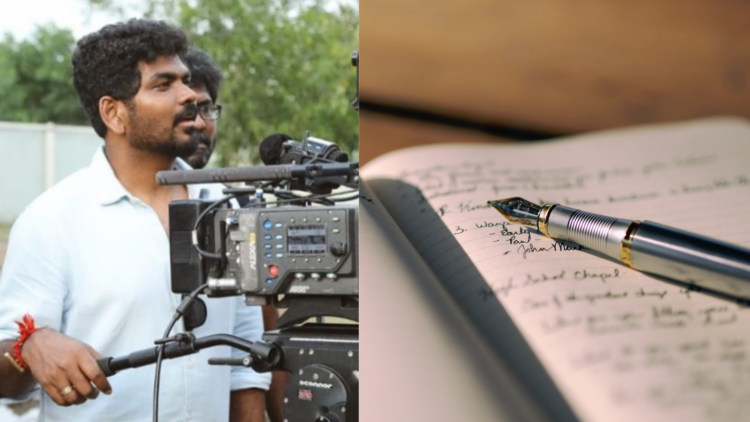 Most of us might know Vignesh Shivan as a great director, screenwriter, actor, and lyricist, who usually writes for every song in the movie he directs. But, do you know besides being a director and writer, Vignesh is a well-known lyricist among musicians?

Well, director Vignesh Shivan has penned down beautiful lyrics for more than 30 songs to date without including his films. Here is the list of most played songs by the audiences to date.

This movie stars Sivakarthigeyan, Priyanka Mohan, and SJ Surya in the lead roles, directed by Cibi Chakaravarthi. The song depicts a guy who have strong feeling of affection and concern toward his high school sweetheart. The song is sung by Aditya RK, with music composed by Anirudh Ravichander.

The song sung by Yuvan Shankar Raja and composed by Anirudh Ravichader. The song portrays how a woman have unrevealed affection for her colleague. Film directed by Lokesh Kanagaraj and starred along by Vijay, Malavika Mohan, Vijay Sethupathi

A song portraying the adorable relationship of a brother and sister stars Sivakathigeyan, Aishwarya Rajesh, Soori, featuring other well-known actors and  directed by Pandiraj. The song is sung by Nakash Aziz and Sunidhi Chauhan, and music composed by none other than, D.Imman.

It is a movie directed by Vignesh Shivan, acted by Suriya Sivakumar, Keerthy Suresh, Ramya Krishnan, and more. The song is composed and sung by Anirudh Ravichander. The song conveys on how a guy compliments a girl’s personality which makes him fall for her.

This unique song composed and sung by Anirudh Ravichander, portrays how a guy falls in love, magically after an arrow struck by cupid. The movie was directed by Bakkiyaraj and acted by Sivakarthigeyan and Keerthy Surech as leads.

This emotional song composed by Anirudh Ravichander and sung by Sid Sriram, expresses how a pretend-to-be rowdy guy, makes effort to help his girlfriend to take revenge on an actual rowdy who killed her father. The movie was directed by Vignesh Shivan, starring Vijaysethupathi and Nayanthara.

This movie, is where the spark risen between Vignesh Shivan and Nayanthara!

Director Vignesh Shivan have tied knot with the “love of his life”, Nayanthara on 9th June 2022.

As all of us aware, the pictures of #WikkiNayan been flooding all over the social media platforms and gosh, we must admit that the ‘Ladysuperstar’ looks elegant in her scree drape.