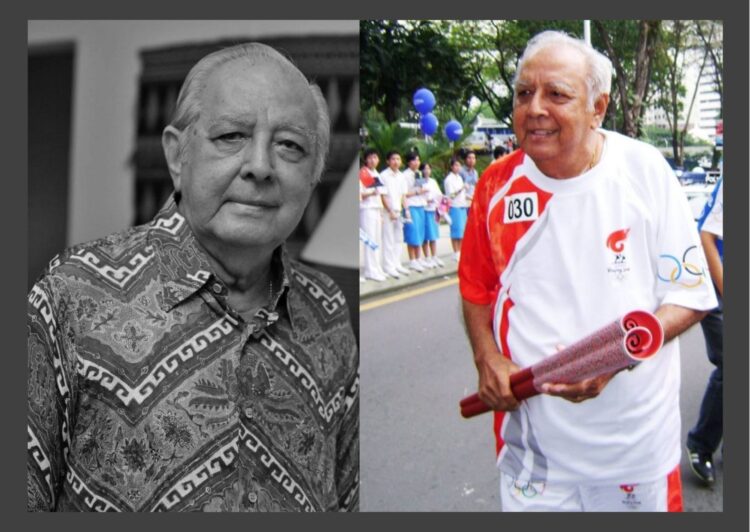 Yet another loss to the Malaysian sports industry.

Wilfred Vias who was a pivotal figure in the Malaysian hockey field in the 1950s breathed his last on 7th June 2022 at his home. The heart-wrenching news of the 93-year-old olympian’s passing was confirmed by the Olympic Council of Malaysia (OCM) through the organisation’s Facebook page.

“The passing of Wilfred Vias is a great loss to the sporting fraternity in Malaysia. May his soul rest in peace,”

OCM stated that he was key to the development of Malaysian sports, working in several roles at the Ministry of Youth and Sports to finally becoming Director-General of the National Sports Council (1st April 1981 – 31st December 1981).

In 1954, Wilfred who is also fondly known as ‘Uncle Freddy’ was named captain of the Federation of Malaya Hockey Squad, and he led the team to the 1956 Summer Olympics in Melbourne. He also served as secretary of the Johor Hockey Association (1950 to 1953) and the Negeri Sembilan Hockey Association (1956 to 1957).

According to FMT, Wilfred was honoured in the OCM Hall of Fame in 2004 for his signature to the growth of Malaysian sports.

“A beautiful close friendship developed between us over the last 38 years. Although I’m very sad, I have to say that Uncle Freddy has had a full and wonderful life. He was a true sportsman,” Kuldip Singh the former national tennis player and a good friend of Wilfred expressed.

The wake will take place at the Paul Miki Room, St Francis Xavier Church basement today from 2pm-9pm. While the funeral mass will be held tomorrow at MBPJ Crematorium in Kampung Tunku, Petaling Jaya, at 10am followed by cremation.

The Varnam team extends our heartfelt sympathies to the family of Mr Wilfred.