Intriguing Kollywood Flicks Based On Novels 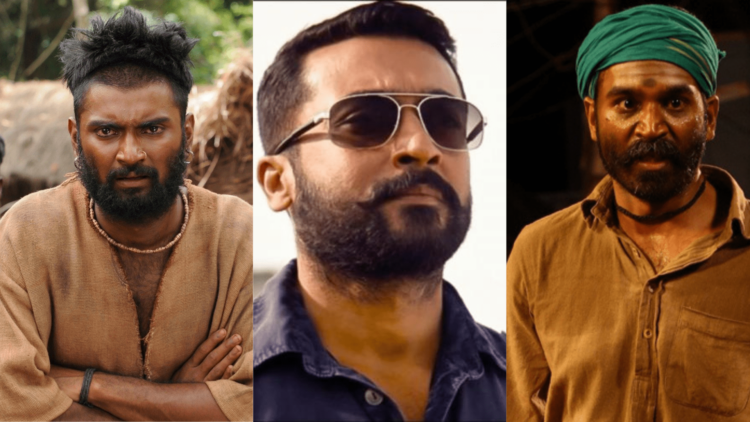 Novels getting adapted into movies is no new thing, most movies are born from best-selling books after all. Indeed, some of the most legendary directors such as Bala, Vetrimaaran, Sudha Kongara and many more others have directed films that have been based on novels, memoirs, and short stories had sufficient source material to provide a wonderful visual portrayal.

Here are some of the successful adaptations of novels that entertained cine-enthusiasts. 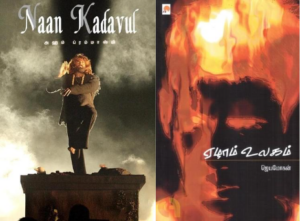 Naan Kadavul; A film which was directed based on Jeyamohan’s Tamil novel Yezhaam Ulagam and also being the scriptwriter by the man himself. The film portrays Rudran’s family abandons him as a toddler in Kashi for 14 years due to astrological reasons. In few years time, his father felt guilty of his actions, and decided to find for him. It came to his surprise as Rudran was already transform himself into an Aghori. He refuses to accept his family’s search for him, even when they come to find him. The film was directed by Bala and starred by Arya, Pooja Umashankar, and Rajendran. 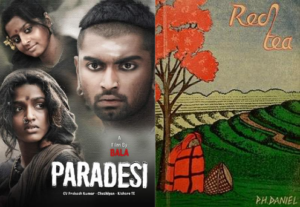 Paradesi centres around a group of villagers who are enticed to work on a tea plantation run by British officers, that based on the 1969 English novel, Red Tea by Paul Harris Daniel and inspired by real-life episodes that occurred before independence in the 1930s. They have no idea that there is no hope of them returning home. Another film directed by Bala and starred by Atharvaa, Vedhika, and Sai Dhansika. The story follows a group of immigrants who are tortured into confessing to a crime they did not commit. When a police officer from their hometown assists them in their release, they offer to perform him a favour in exchange, oblivious to the danger they are putting themselves in. The first half of the film is based on M. Chandrakumar’s novel Lock Up, with the second half written entirely by Vetrimaaran, starred by Attakathi Dinesh, Anandhi, Aadukalam Murugadoss and many other. 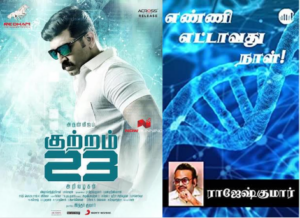 The plot follows ACP Vetrimaaran, an ethical and loyal police officer assigned in Chennai, and is based on Rajesh Kumar’s novel Enni Ettavathu Naal. He stumbles onto a big crime ring including medical experts while investigating on a basic missing woman case. The film was directed by Arivazhagan and starred along by Arun Vijay and Mahima Nambiar. 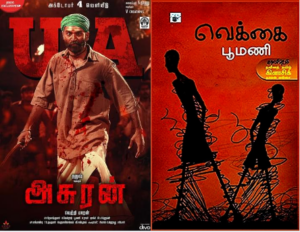 Asuran is based on Poomani’s novel Vekkai, depicts the story of Sivasaami, a farmer who lives in a distant location with his wife and children on a smallholding where he grows crops. When a selfish, wealthy baron in the surrounding town tries to acquire his farm, he flees with his family, obliging him to protect his son, who has slain the wealthy magnate in a rage. The film directed by Vetrimaaran and starred by Dhanush, Manju Warrier, and Ammu Abhirami. 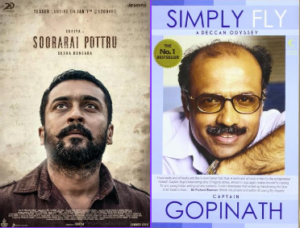 The film is based on G. R. Gopinath’s book Simply Fly: A Deccan Odyssey and tells the story of Maara, a young man from a distant town who dreams of starting his own aviation service that is affordable to people of all classes. To be successful in his journey, he must face a number of obstacles and challenges. A film directed by Sudha Kongara and phenomenally acted by Suriya Sivakumar and Aparna Balamurali.

All of these are an exceptional films that got good response from the audience. You definitely should watch the movie if you haven’t or if you have, it is fine to re-watch them. Also, highly recommended for you to read the novels and find for yourself how contrasting it is to perceive a story through written form and visual form.