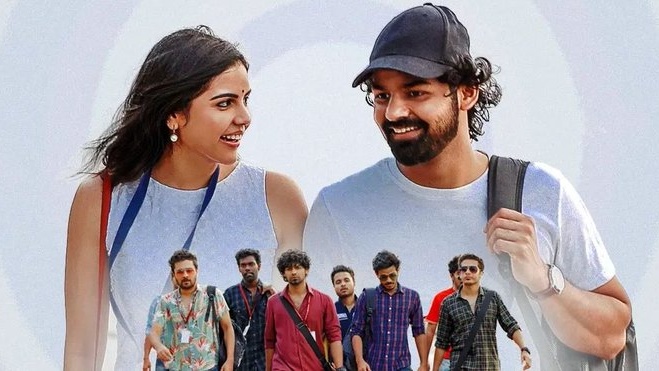 Whether a story is based on a true tale or explores entirely uncharted territory, there is one thing that all films seem to have in common: the potential to evoke strong emotions in spectators. Creating a connection with a character in a movie might help you see the world through the eyes or even serve as a mirror in which to view your own life.

Romance, friendship, heartbreak and pathos in our life!

Penned and helmed by Vineeth, he has carefully scripted what college life actually makes the later part of our life so memorable.

Touted to be a love story genre, Hridayam is based on various phases in Arun Neelakandan’s (Pranav Mohanlal) life that have profoundly influenced who he is today. Instead of relying on a great plotline, the script takes us on a journey through Arun’s life, probably starting from his exhilarating days in college and going all the way with his life as a married man.

Hridayam is praised for conveying its therapeutic aspect that helps you feel less embarrassed of the awkward things you’ve done in the past. It’s a film that does not believe in emphasising on past mistakes. It’s similar to when a friend gives you a slap on the back and says, “It’s fine, dude. Look at these characters. They have moved on. Nobody cares anymore about what happened a decade ago. You should move on man “And you acknowledge that to yourself. After all, it’s not the end of the world.

On the other hand, the way Hridayam developed its lead characters while utilising the acting talents of those who played them is its biggest strength. While the scripts and cast are etched well and have no complaints, the only question which popped in the writer’s mind was how did the director excel nor being way too perfect in having good flow of writing a screenplay?

With nearly 15 songs in this flick, the soul-stirring tunes weave gorgeously into a deep connection between the main characters. On the other hand, cinematographer Viswajith Odukkathil deserves commendation for superbly capturing each moment from the perspective of the character who is experiencing it.