Which one relates to you the most? 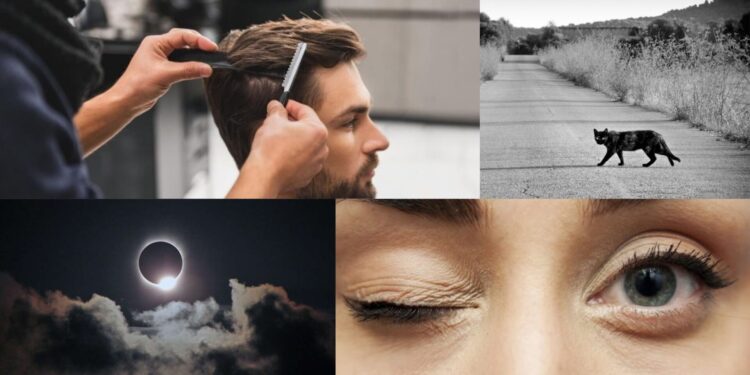 Indian families are one-of-a-kind with their unique culture and traditions. Although, Indian families in particular Indian parents can be overprotective and overbearing of their children, they are also the ones who strongly hold on to some rare beliefs. Am sure most of us are all too familiar with some of these beliefs, and have often been told that they are all for our own good – or so they say.

No haircuts on Tuesdays, Thursdays and Saturdays

Why? This is due to ancient belief that the planet emitted rays that could endanger one’s health and well-being. It is said that parts of the human brain play an important role, hence according to belief cutting hair on days where rays will be emitted would have a negative effect on the head.

A black cat passing in front is bad omen

A black cat signifies bad omen. How many of you ever heard this before? Why do black cats fall prey to bad omen? This is because the black color is closely related to Lord Shani Bhagwan, a black deity who is believed to be able to predict bad luck that can befall a person. Because of this, the Hindu community believes that if a black cat crosses in front of them, it serves as an indication by Lord Shani to be careful.

The Indian family believes that the solar eclipse is actually related to Rahu, a semi-human and semi-divine Asura creature who is cursed for trying to find the nectar liquid that allows his drinker to live forever. Whenever there is an eclipse, the Indians think that Rahu is actually trying to control the sun. Every attempt he made had failed.

Do not sweep after twilight time

If you are a generation of children born in the 80’s or 90’s, you must have been reprimanded for this belief. This is because the Hindu community believes that Goddess Lakshmi, the goddess who guards the wealth and beauty of Hindu’s, does not like such actions. Their belief is that Goddess Lakshmi will not stay in the house due to the dust and rubbish that is being swept away during twilight time.

Surely you have heard a tingling feel in the eyes, as if to indicate a sign? If tingling occurs in the right eye, it is said that you will be lucky, while the left eye indicates the opposite. The oldest book of the Hindu community, ‘Puranas’ touches on this issue in a story that revolves around two brothers named Yudhishthira and Bhima, who are awaiting the return of their third brother Arjuna. In the story, Yudhishthira describes the tingling sensation in the left eye as bad omen.

These are some of the superstitions practised by Hindu families. Does it sound familiar enough?