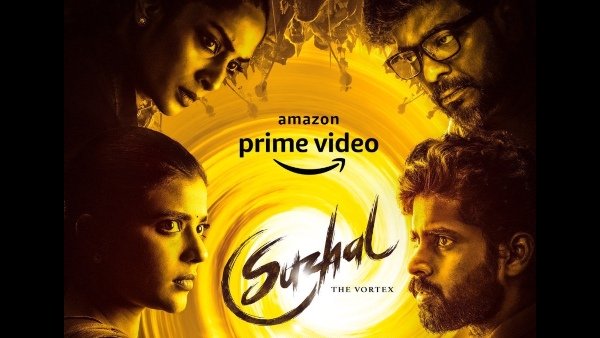 ‘Suzhal – The Vortex’ would be your newest crime obsession. Graced by Bramma-Anucharan, the intriguing thriller film was produced, penned and created by Vikram Vedha fame Pushkar-Gayatri.

Touted to be a crime-thriller, the series is trapped in a strange situation around Tamil Nadu. The 8-episode series is set in a small village where everyone in the small village is familiar with each other. Shanmugam (R Parthiban) and Inspector Regina Thomas (Sriya Reddy) experienced absolute chaos in their lives since the farmer’s daughter, Nila (Gopika Ramesh)was kidnapped.

To answer those questions, you’ll need to watch the series!

Since the trailer of the series dropped on 7th June, it has created a lot of buzz amongst moviegoers and critics. Team Varnam got a sneak peek at ‘Suzhal – The Vortex’ and based on that, we share FIVE REASONS why you should look forward to watching the series this weekend.

If the trailer was anything to go by, then this one can be super confident about the show’s gripping storyline. Keeping the intensity intact, Pushkar-Gayathri narrates the story with a twist and you just can’t wait to find out who is the real suspect behind the chilling mystery. With a well-woven structure screenplay, the two-minute trailer got us thinking and wanting to unravel the mystery.

Spellbinding Performance From The Entire Casts

FJ (Adhisayam) and Gopika Ramesh (Nila) – the duo have really taken the cake throughout the entire series by giving mind blowing performances. Among the casts who play the pivotal role are Parthiban Radhakrishnan, Sriya Reddy, Kathir, and Aishwarya Rajesh. The plethora of emotions that they have displayed throughout the entire series really need to be praised. They pull off the characters very well. And all four of them get their moments to shine, and they make the most of them. Apart from the main characters, Prasanna Balachandran, Indumathy, Prem Kumar, Harish, Soundarya and many more leave an amazing effect on us.

Essence of Human Being

With Sam CS’s background score, it actually amps up the tension and lends an edge-of-the-seat vibe to the proceedings.

From keeping the mystery tight, Mukes‘s cinematography have also do the trick. Trust us, we feel that tho!

At its core, the writer gives a special shout out to the brilliant technical team who have successfully taken the entire film to the next level. Every visual element of the series especially visuals of the small village stands out. On the other hand, Richard Kevin managed to maintain the colour palette to a minimum which suits the series tone.

Suzhal: The Vortex does live up to the expectations by not having big shootouts. Where this series twists and turns from here, you’ll never predict, so paying light attention is not an option. The 8-episode web series proves what suspense thrillers are made of. Right from the word go, the series keeps you hooked to an extent where you want to shriek!

It makes for a perfect binge worthy series that you should watch now on Amazon Prime Video HERE! 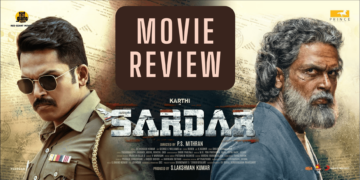