Are You Ready For The First Look Of Indian 2? In conjunction with Ponggal, acclaimed director Shankar has released the first look poster of Indian 2. The director tweeted his Ponggal wishes along with the poster.

The poster depicts Kamal Hassan as Senapathy, with the elderly character pointing to the camera, with his index and ring fingers crossed. This hand gesture is part of the ancient martial art, Varma kalai, which Senapathy used against the bad guys in Indian, the 1996 blockbuster.

Indian 2 will feature Kamal Hassan alongside Kajal Aggarwal and Simbu. The music will be scored by Anirudh. Filming will begin in 3 days. 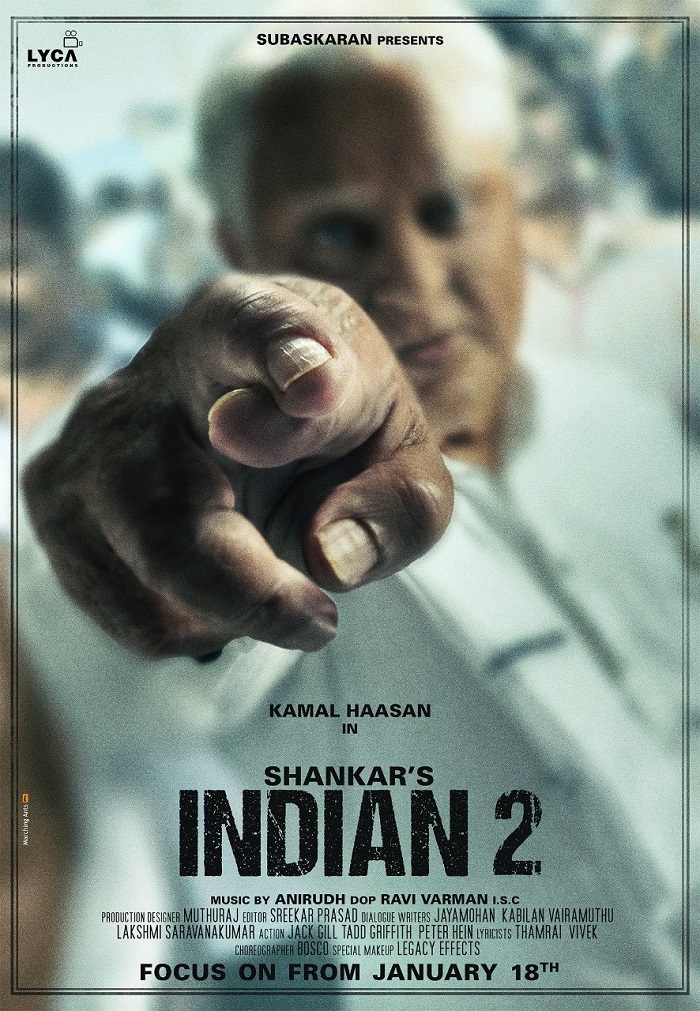