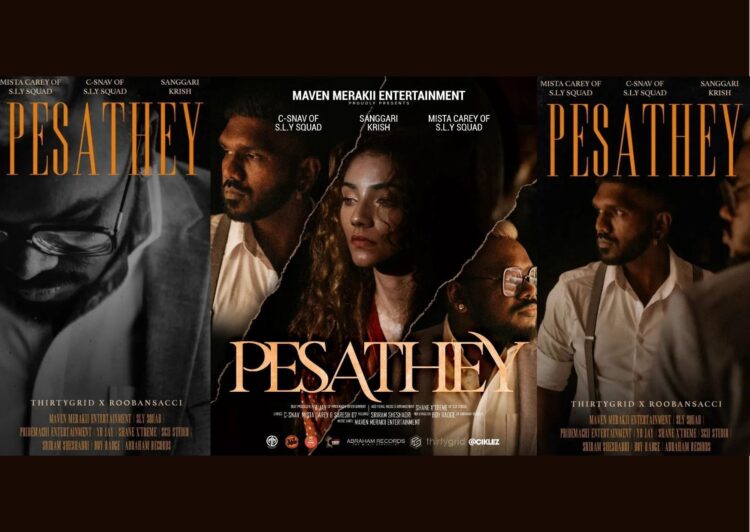 Another day, another great composition by our fellow Malaysians.

The talented rappers from SLY Squad, Mista Carey and C-Nav are back in action bringing forth an intriguing track aptly titled ‘Pesathey’ featuring Sanggari Krish on the vocal.

Spearheaded by Maven Merakii Entertainment along with a double collaboration of Sastha’s and Pridemachi Entertainment, Pesathey expresses a heart-rending notion of a lover longing for love by chaperoning a lonely path with an unanswered thread. Starting with Sanggari Krish’s canticle, it kicks off with a slow-paced rhythm that will right away bring you to a bewitch memory lane.

Right after, the song quickly swift to a zippy with the presents of our remarkably talented rappers. The duo from SLY Squad, C-Snav and Mista Carey brought up the scene alive with their tight fast-rap verse that eventually will make the listeners groove to its beat without them realising it. Overall, it’s a song that you would listen to during the long ride, with the slow driving, windows down and glancing at the scenery.

With this new track release, Mista Carey penned down a heartfelt appreciation post to his fans expressing his gratitude for all the love and support shown by the fans towards him and SLY Squad for the past 10 years.

Upon its release, the listeners swarmed in with praises for this song!

Kudos to the entire team who has done an outstanding job producing this enthralling music video: