Lessen the hassle of looking for movies to watch! 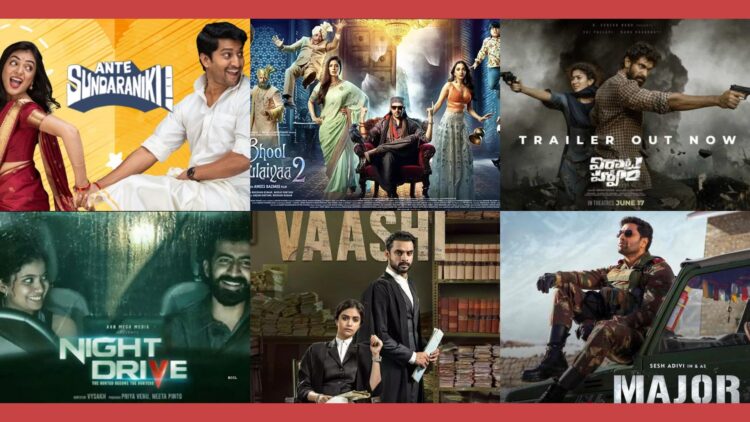 Choosing to spend this weekend at home? Then Netflix and chill is the way to go.

Finding yourself browsing and scrolling to pick the right movie to watch must be nerve wracking, especially after selecting one and it turns out to be a dud. To make the process easier, we have round up some flicks.

You’re about to be entertained by a rom com movie. In the story, a man from a Hindu Brahmin household falls in love with his Christian childhood buddy. Their family disagree with the couple’s desire because they follow different religions. To convince the adults to wed, a play is performed, though. What challenges will the couple encounter? Will the wedding bring the two families together at last? Watch it to find out!

Tovino Thomas and Keerthy Suresh play the main characters in this captivating courtroom drama. Two young attorneys in the story are attempting to establish themselves in the judicial system when they become involved as prosecutors for a man who has been accused of sexual abuse. Being in a legal battle, justice must be served to the right party.

This multi-genre flick will keep you entertained. This Hindi-language comedy-horror movie from India is a stand-alone sequel of Bhool Bhulaiyaa (2007). The plot follows around Ruhaan Randhawa (Aaryan), who must pose as a fake psychic to cope with the reappearance of Manjulika (Tabu), a wicked ghost hell-bent on retaliation against the Thakur family. An abandoned mansion and long trapped spirit awaits you! Pro tips: Watch the first film before this one.

The most heroine-focused narrative centred on Naxal combat and the state’s resistance can be found in this romantic-thriller. Following a secret study of Ravanna’s outlawed writings, Vennela, a naive and rebellious young woman, falls in love with him. She begins to fantasise about living in the war-torn forest with him. You’ll be transported back in time to the 1990s by the storyline, but from a whole new angle.

This suspenseful Malayalam film depicts what transpires throughout one night. On their way home from work, a young working couple is involved in an accident. They are now trapped in a triangle between a police officer looking into the accident and the corrupt political elite that is after them. Will they pull through and resume their normal lives after this unfortunate circumstance?

A biographical film based on the life of Major Sandeep Unnikrishnan, who was killed in the line of duty during the November 2008 Mumbai attacks and who was later given the Ashoka Chakra, India’s highest peacetime gallantry honour, on January 26, 2009. With simultaneous Telugu and Hindi filming, the legend Unnikrishnan’s personal and professional lives are accurately portrayed.

Wait no more and indulge yourself with these flicks HERE