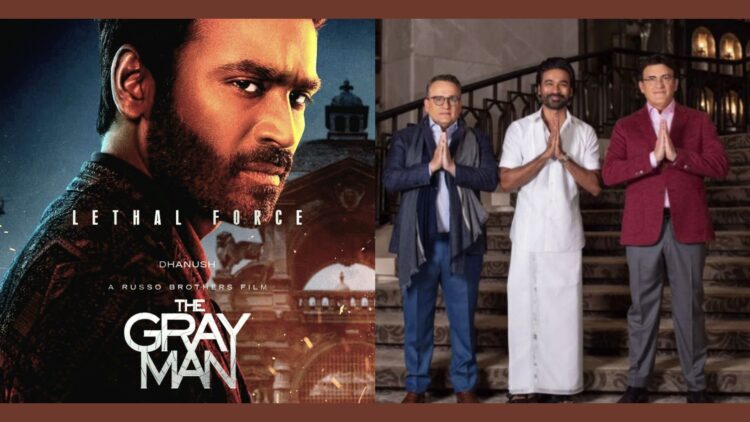 The Russo Brothers are legendary in the Hollywood film industry especially renowned for their roster of Marvel films, thus Dhanush innately asked himself, “why him?” since he couldn’t believe they would want him to have a part in the movie.

How does Russo Brothers know me? – Dhanush

“To be frank, I was astonished they knew about me. Every time I spoke with the crew member, I would inquire as to how the Russos knew about me. They would always reply, ‘we don’t know’, and it would go on”, the Tamil actor revealed during a recent occasion in Mumbai.

The Gray Man’s film directors were on the lookout for a charismatic actor who could play “Avik San,” the best assassin in the world.

The Russos were looking for ideas for fight choreography when they stumbled upon clips from Dhanush’s movie and were awestruck by his agility.

“It takes physical talent to be an action star; you need to be swift and graceful. Dhanush owns all of these and we thought it would be wise if we could approach him to perform the part”, remarked Joe Russo.

Dhanush’s ability to attract audiences’ interest with his acting prowess on screen was another important aspect in his success in winning over the Russos.

The Gray Man isn’t clearly all about Dhanush, but the actor does make a brief appearance and contributes to the plot’s progression.

Spoiler alert! The movie is a must-watch, especially for Dhanush diehards who want to experience the buzz surrounding Chris Evans’ portrayal of “Llyod Hansen,” who calls him “sexy Tamil friend”.

Check out the trailer of the Gray Man;