After the success of her role as "Gangubai", we are excited for Darlings! 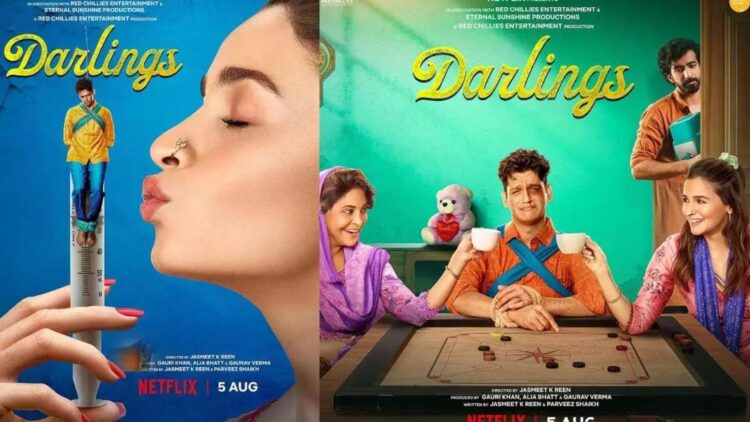 This year appears to be Alia Bhatt‘s lucky year, as she has given her movie enthusiasts back-to-back blockbusters such as RRR and Gangubai Kathiawadi, and there is no question that the actress is now enjoying the glory of her flicks.

To add to the list, the versatile actor has returned with another outstanding movie, Darlings, which will make its worldwide premiere on Friday, August 5, on Netflix.

A second project for Shahrukh Khan and Alia after Dear Zindagi (2016), however unlike their first, SRK had fund this film through his Red Chillies Entertainment.

Darlings will be also Alia Bhatt’s debut effort as a producer, and she is about to steal the show once again with her role as the lead actress in the film.

With over 40 million views, the much anticipated Darlings movie trailer has been met with a favourable response.

Check out the trailer of Darlings;

A witty mother-daughter duo as well as dark comedy with a somewhat unique and out-of-the-box plot, that will fascinate moviegoers.

A debut-direction of Jasmeet K. Reen, starring Alia Bhatt, Vijay Varma, Shefali Shah, Rishan Mathew, Rajesh Sharma, and others. The protagonist of the narrative is Badrunissa, who treats her husband the same way as retaliation for his abusive behaviour. Her mother supports Badrunnisa and joins her in holding her husband hostage.

We can expect more movies this year from Alia Bhatt, in one of which she will play as Ranbir Kapoor’s love interest in a much anticipated fantasy film, Brahmastra.

Let’s just keep calm and wait and see on what she has in store for us.