Malaysia has gone above and beyond! 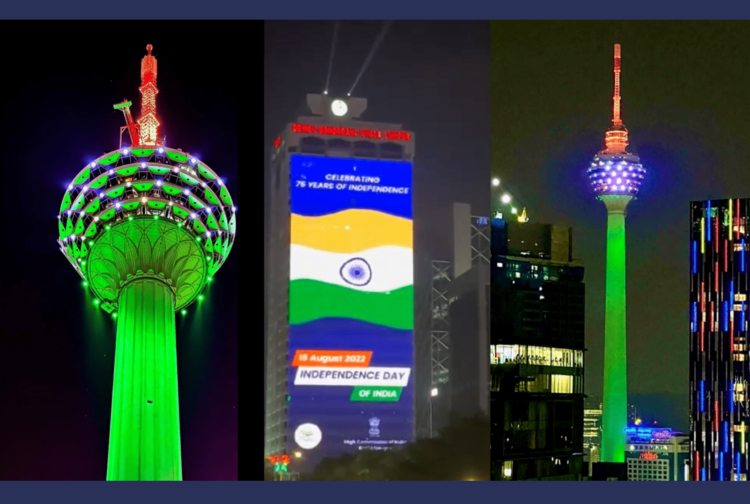 As India celebrated its 75th Independence Day yesterday, numerous iconic landmarks around the world had equally joined the celebration by unfurling the Indian tricolour flag and we must say it was indeed beautiful.

Having said that, Malaysia’s two landmark buildings in Kuala Lumpur – KL Tower (Menara Kuala Lumpur) and Dewan Bandaraya Kuala Lumpur Tower – were lit up with a special illumination and projection in honour and celebration of India’s 75th year of independence from British rule.

Watch the full video of both buildings being lit up with the world’s largest democratic nation’s tricolour flag:

Known as the highest telecommunication tower in Southeast Asia & 7th in the world, KL Tower was donned with the colours of the Indian flag in honour of India’s struggle for freedom and all of its people.

Let’s take a look at the pictures of those iconic buildings which was beautifully captured by photographers and also netizens who witnessed the Tri-Colour Illumination and projections at these iconic monuments.

A special mention to Raghu who was on his photo walk around the area and shared a beautiful picture of the illuminating tower that he shot via his iPhone.

The official statement was released by the High Commission of India Kuala Lumpur and since then it has caught Malaysians and of course the Indian nationals attention who call Malaysia their home.

This is indeed a great initiative by the government and it’s not too late to wish a wonderful 75th Independence Day India!