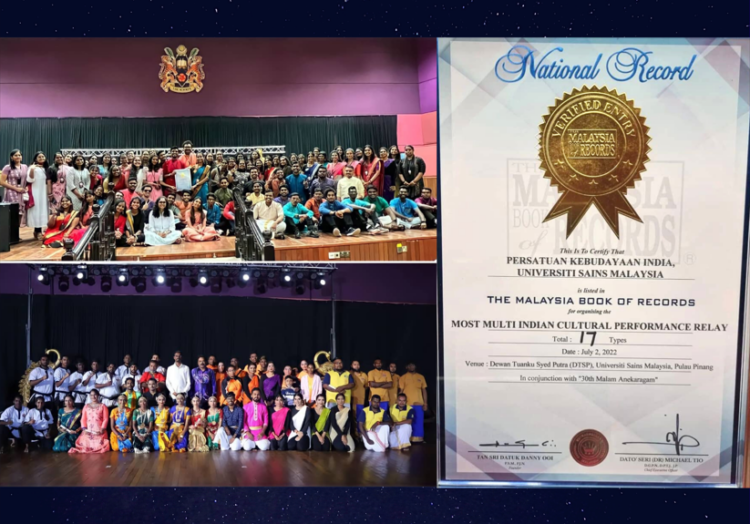 Indeed a moment that calls for a cheer!

Recently, Persatuan Kebudayaan India from Universiti Sains Malaysia (USM) has made everyone proud by securing an honourable spot in the Malaysia Book of Records (MBOR) by achieving the Most Multi-Indian Cultural Performance Relay with a total of 17 types of brilliant performances.

This event was held at Dewan Tuanku Syed Putra, Universiti Sains Malaysia in conjunction with its “30th Malam Anekaragam“.

A set of magnificent acts, including Bharatnatyam, Puliyattam, Mayil Aattam, Silambam act, and many more, were performed to clinch the MBOR title.

Besides securing the record, there was a significant cause that was accomplished during the “30th Malam Anekaragam”.

A project was started to raise funds for a noble cause. Noting the motive of the project, the team said it was initiated for B40 Indian kids who have hearing and vision impairments.

At the end of the day, RM15K in profit had been successfully raised and used entirely to purchase 15 pairs of spectacles and 2 hearing aids for Indian students.

USM’s Persatuan Kebudayaan India thanked everyone who had contributed to this great cause.

Taking into his own social media, as one of the Vice Project Director, Nagentharao Sivaram expressed his gratitude stating “I’m proud to be part of the MTs board and achieving such a project with the Malaysia Book of Records in order to further help those with hearing and visual impairment.”

Bravo to the entire team who poured their heart and soul together to achieve this outstanding feat! Keep striving to make a difference in the lives that truly deserve all the help they can get! 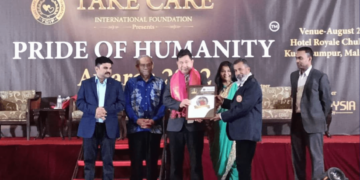 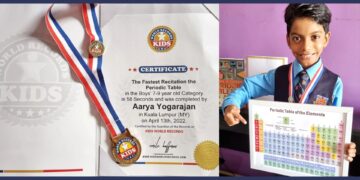