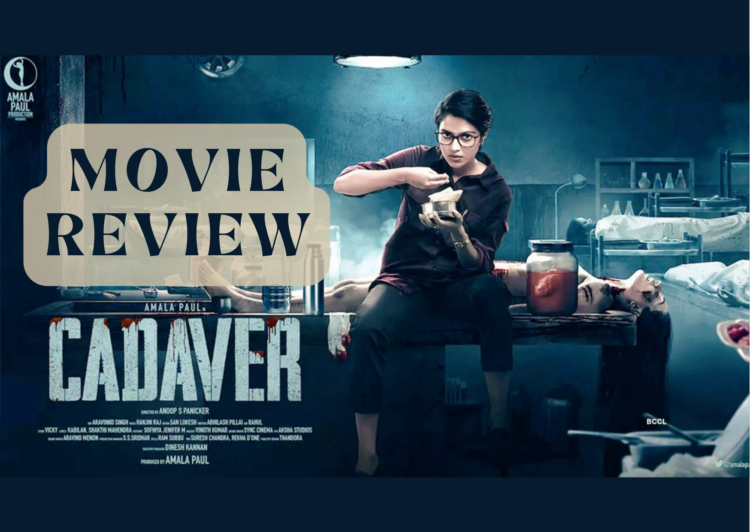 The stunning actress, Amala Paul has made a long-overdue comeback to the cinematic field with a double role, as the lead actor and also as a producer of the film.

After dropping the official trailer of her new film titled, Cadaver a few weeks ago, it stirs an expectation among the audiences for its crime-thrilling genre. This compelling film premiered on the OTT platform on August 12.

Readers Alert! This review includes major spoilers, so skip it if you haven’t watched Cadaver yet.

Cadaver kicks off really intriguing and will eventually catch your attention right away.

It narrates the story of a policeman, Vishal (Harish Uthaman) and a pathologist, Badra (Amala Paul) who are trying to unravel all the threads leading up to a cruel and unexplained murder. Finally, all the cues and signs led them to a prisoner named Vetri (Thrigun). How could Vetri, who is in prison, kill someone he pledged to kill, is a riddle. Is he receiving outside help in any way? What prompted him to kill the victim, and why? Each questions will be unveiled with the investigation of Vetri,

Getting down to the trail of this movie.

Following this, you may witness multiple characters being uncovered. Through the hints, it progresses fast to shocking revelations and a few predictable scenes. Nearing the climax, they have added a twist that will have you on the edge of your seat as the action draws to a close. But despite it all, we may still notice some predictable scenes.

In terms of music, cinematography and editing, the team has done a pretty good job which ultimately keeps you glued to the screen the entire time.

However, at the end of the movie, several questions would definitely pop up. Why was Vetri sent to jail? How grave was the crime committed resulting in him being behind bars for years? An incomplete ending leaves the viewer perplexed as these questions remain unanswered.

Overall, Cadaver is a good crime-thrilling movie with slight loopholes but it has been substantially outweighed by great performances of the actors and great cinematography and post-production work which carries the film effortlessly.

If I had to sum up Cadaver, it’s certainly one which I enjoyed although present with some predictable scenes.

Cadaver is streaming on Disney+Hotstar, click HERE to watch.

Check out the intriguing trailer of Cadaver here: