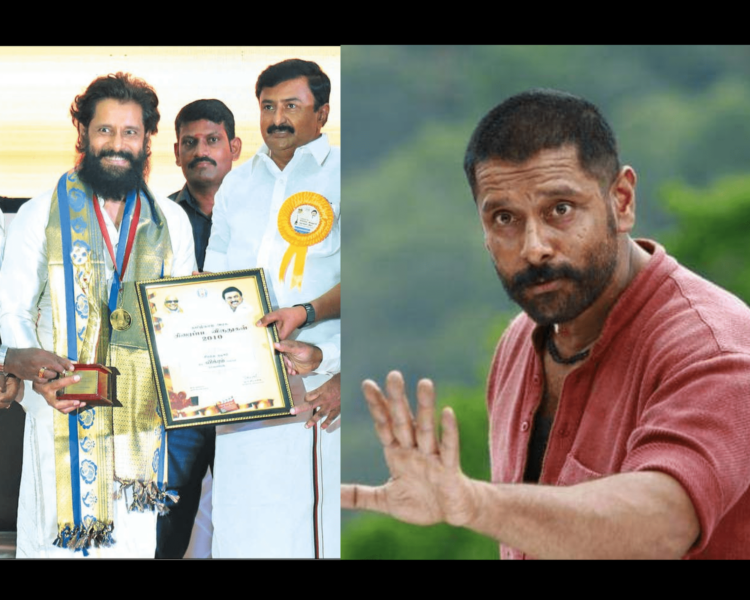 A well-deserved recognition after 12 years of Raavanan!

With over 44 films under his belt over the last 32 years and seven Filmfare Awards, a National Film Award and a Tamil Nadu State Film Award, Chiyaan has persevered and worked on his craft ever since he set foot on the film sets in 1990.

Touted to be the crux of the epic Ramayana, with the same plot but different actors, the movie was released in two languages (Hindi and Tamil). Besides being directed by an ace filmmaker and a great team, the film was a flop.

Raavanan was praised by viewers and critics for its breathtaking visuals. However, the film failed to impress the audience. Besides, offering some crisp visuals that exude the serenity as well as the rhythmic ambience of deep forests. There’s no doubt that the cinematography of the film was handled by Santosh Sivan and V Manikandan.

While winning a plethora of other awards, Vikram is highly respected in the Southern Film industry. His fans always felt that he deserved more than what he has received over the years as a testament for his dedication towards his career. The actor had also undergone physical-transformation for many films.

The actor’s dedication and professionalism can never be questioned. Congratulations Chiyaan!