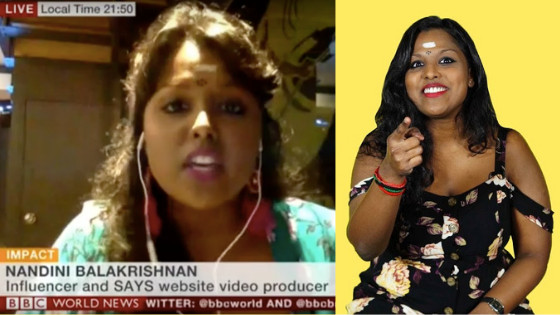 What is there not to love about Nandini Balakrishnan?

The one woman army is set to break boundaries and raise standards with her quirky and funny online monologue videos. Nandini drew attention to her videos with her funny antics and satirical approach to hard-hitting issues such as representation in media and white worshipping and providing clarity on simpler issues such as table manners, unsolicited advice and witty reponses to catcallers.

After a recent incident that took place in Bukit Bintang, Kuala Lumpur involving two Russian bag packers went viral, Nandini knew that she couldn’t bite her tongue about an ongoing phenomenon that is creeping into travel culture called ‘begpacking’. ‘Begpacking’ is a portmanteau of the words ‘begging’ and ‘bag packing’. Travellers have resorted to begging on streets to fund their world travels and some even go to outrageous lengths to get some money. The Russian bag packers were caught swinging their infant in thin air on a bystander camera and the video enraged netizens.

In an attempt to shed light on this barbaric act and the despicable begpacking phenomenon, Nandini released an online video discussing the issue one week ago. The video has over 20,000 view and even caught the attention of producers on BBC’s World News. Nandini appeared on a live debate on BBC’s World News on 7 February to vocalise her opinions on ‘begpacking’. Nandini was joined by Helen Coffey, Deputy Head of Travel of The Independent, who argued that bag packers  should not all be set up for the prejudice and it is completely harmless for people to beg for funds during their travels. 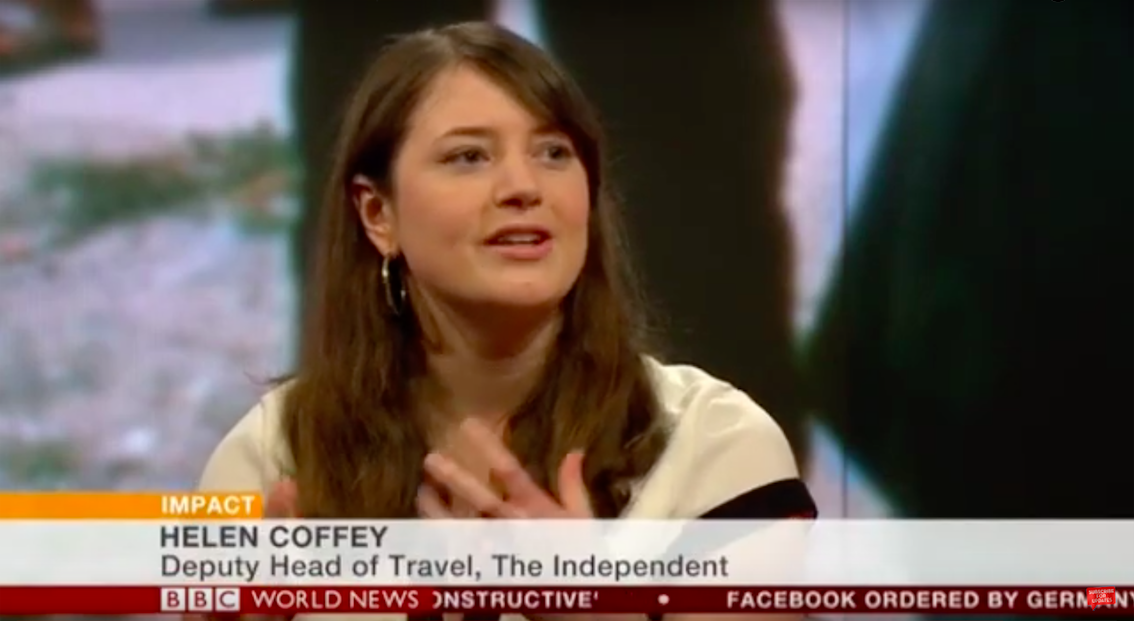 Nandini delivered strong rebuttal to Coffey, stating that “There is no right kind of begpacking. It’s just wrong, it’s unethical, and it doesn’t make any sense. You want to see the world? You work for it.”

Nandini Balakrishnan, in her most authentic and unapologetic self, is an inspiration to many young people who dream of stepping into the world of broadcast & journalism. She has the struck the balance between voicing out her opinions, having a little fun and staying relevant in the ever morphing landscape of media.