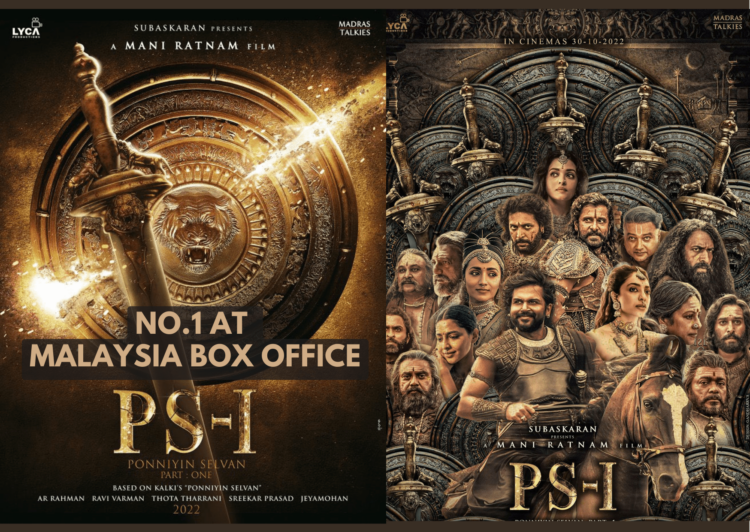 Ponniyin Selvan-1, which was released in theatres across the globe on 30th September in five languages, continuously holds a strong stand in regard to box office collections. Not only in India, but PS-1 seems to be raking in the moolah at Malaysia’s Box Office.

To add glory to this multi-star-studded epic film, on 15th October, Malaysia Tickets cited that PS-1 have climbed up to first place surpassing Rajini’s 2.0 and Kabali film grossing around RM16.5 million.

In addition to this, they also shared that PS-1 whooped RM11.18 million in Malaysia in just 6 days, making it the highest-grossing Tamil film in Malaysia for the year 2022 after Lokesh’s Vikram movie.

Ponniyin Selvan-I, the resurgence of the Chola Dynasty was perfectly delivered without a flinch by the extraordinary director, Mani Ratnam. It’s indeed a remarkable feat by Mani Ratnam.

All we can say is that Tamil cinema had a phenomenal year, not just in terms of box office, but also in terms of producing excellent films.

It’s day 17th of the PS-1 release in Malaysia and this film still runs successfully in theatres with 468 shows at 106 locations.

Well, PS-1 is definitely worth the 2nd watch. Find the showtime near you, book the ticket and enjoy the resurgence of the Chola Dynasty.