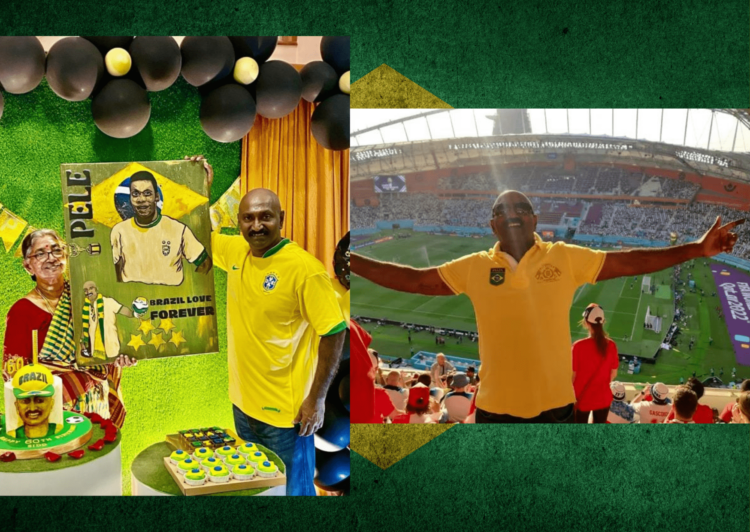 The wait is over for all football enthusiasts! The MOST AWAITED FOOTBALL TOURNAMENT IS BACK!

Yes, FIFA World Cup is here to grace everyone’s home screen after 5 years.  During this football season, we may see how passionately every fan supports their favourite team and player. We have also seen tonnes of fans who’ve expressed their love for football in many ways. With that being said, let’s look at a football fanatic who travels all the way to Qatar to support his cherished football club. (There are more things that he did, which some are beyond one’s wildest expectations)

After casting his vote for the 15th General Election on 19th November 2022, he went straight to Doha, Qatar to watch the World Cup match.

Since 10, he has been a devoted supporter of Brazil, making six trips to see the World Cup finals. Well, the 61-year-old travel all the way to Qatar to watch his team play and hopes to see them lift the FIFA World Cup trophy for a record sixth time.

The man known as Sid Brazil claimed that watching Pele play in the 1960s and 1970s was what first ignited his “obsession” with Brazilian football.

Now this piece of information that he shared going to blow your mind.

“Brazilian football is like a religion to me and, to an extent, my 82-year-old mother, too. Both of us went on a pilgrimage to the Tirupati temple in Andhra Pradesh, India, in 2002 to shave our heads after Brazil won the World Cup,” the former sales manager told.

Furthermore, Sid Brazil’s obsession is so intense that part of the hall in his house is painted in the Brazilian colours of yellow, green and blue. In addition, he also has a large collection of the jerseys the team used at the World Cup tournaments and a huge collection of Brazilian football memorabilia that includes magazines, videotapes, flags, key chains and caps.

Plus, he owns a collection of items related to Brazilian football, including clocks, balls, watches, mugs, scarves, shoes, and towels, as well as a replica of the World Cup.

The Love in Brazil Earns Siddharta A Friendship

In 2002, when Siddharta began going to the World Cup in South Korea and Japan, he has a bunch of Brazilian friends who also doesn’t always miss attending the tournament. His obsession has also led him to Brazil to meet up with his friends and watch league matches there.

Siddharta said football is like an art, and Brazilians have mastered the art.

He will transcend into another dimension while watching them play as if he were in a “trance.” Furthermore, he admitted that it can be hard for some to comprehend his undying passion for Brazilian football and their national team.

This avid supporter of Brazil said that his pals had previously set up meetings between him and the likes of Zico, Socrates, Ronaldinho, and Ronaldo, which he hailed as life-changing experiences.

“I cherish those moments as they were special. Most fans here can only dream of such meetings – Siddharta

“Once they are out, I feel it is pointless, so I return home,” Siddharta emphasise noting that he would stay at World Cup tournaments until Brazil is eliminated.

He frequently arranges events in Kuala Lumpur for Malaysian supporters of Brazil at home and he organises a big celebration for them after each victory.

“If Brazil wins in Qatar once more, there will be a huge party for the fans in Kuala Lumpur. They will win the trophy once more, I’m confident,” he vowed. 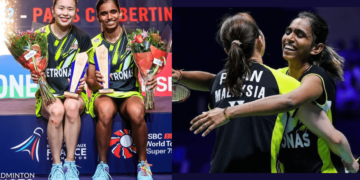