UPDATE: Dhanush’s Vaathi Is Set To Be Released On 17 February 2023 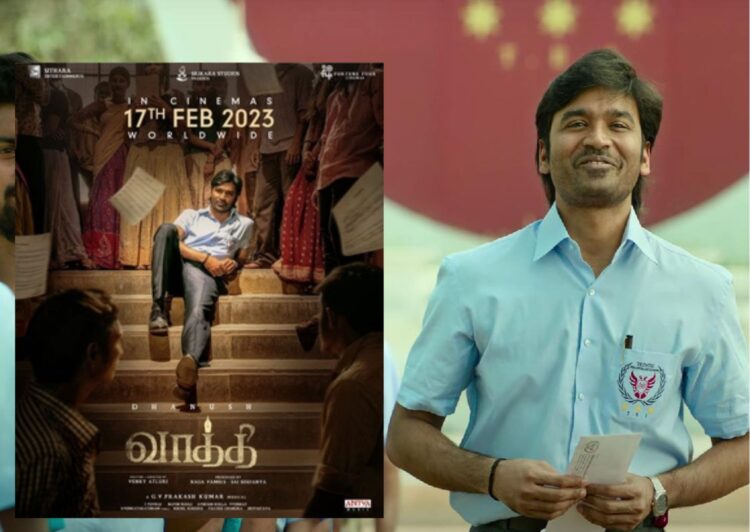 The all-time charming actor Dhanush has great news for all his fans.

The Tamil-Telugu bilingual Vaathi/Sir has set its new release date on 17 February 2023. Earlier setting to be released on 2 December 2022 has been postponed to the following year instead.

Vaathi is directed by Venkat Atluri and the film will have Dhanush playing a junior teacher named Balamurgan. Samyuktha Menon is to play the female lead. It also stars Sai Kumar, Tanikella Bharani, Samuthirakani, Thotapalli Madhu, Aadukalam Naren, and Ilavarasu. The film is produced by Sithara Entertainment in association with Fortune Four Cinemas. Sithara Entertainment, in a recent tweet, has also updated the release date on their social media handles with a poster and a caption that reads, “A slight delay but the wait is worth it. With renewed spirit, We will be bringing #Vaathi #SIRMovie to the theaters on 17 Feb 2023.

According to the Times of India,  it is expected a delay in the release of the film, and confirmed that were rumors saying that the film was planned to release in December. However, it has been pushed to February. The movie makers are yet to announce the reason for the delay in release.

This slight delay will never lessen our anticipation for Dhanush’s upcoming flick-Vaathi.