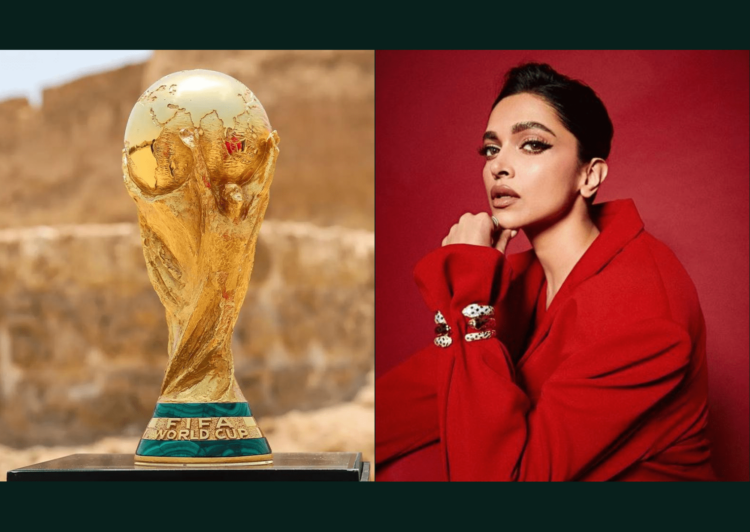 FIFA World Cup 2022 is one of the games that the entire world looks up to now. Since the beginning of the Fifa games, the lights in every house were seen brimming along with cheering blarings throughout the night. With the intense matches heating up every day, there is another hot news that has gotten the attention of many recently.

According to Pinkvilla, the well-known gorgeous Bollywood actress Deepika Padukone is said will be heading to Qatar to unveil the FIFA World Cup trophy. This is scheduled to take place on 18th December 2022 at Lusail Stadium, Qatar. They also added that it is truly one of the rare privileges for any Indian or International actor in the history of FIFA. However, Deepika has yet to release any statements regarding this.

If this news is official, then this will be another massive triumph in Deepika’s career.

Deepika who is one of the highest-paid actresses in India keeps on making headlines this year. This stunning diva has made a splash by becoming the first Indian face of the French luxury brand, Louis Vuitton. Furthermore, she was on jury duty at the 75th Cannes Film Festival in France; she also stole the show, serving with some breathtaking appearances at this film festival too. Moving to her acting business, she will be seen sharing the screen space for the first time with Hrithik Roshan for the first time. Reportedly, the duo will be resuming the second schedule once her film Pathaan releases in January 2023. Besides, she is now all set to make a special appearance in Rohit Shetty’s Cirkus. She has Pathaan coming up co-starring Shah Rukh Khan and John Abraham. Apart from this, she has Project K with Prabhas and Disha Patani and The Intern remake with Amitabh Bachchan. If reports are to be believed Deepika also has a special cameo in Shah Rukh’s Jawan helmed by Director Atlee.

That aside, who do you think will seal the solid gold World Cup this year? Share your thoughts with us in the comment box.