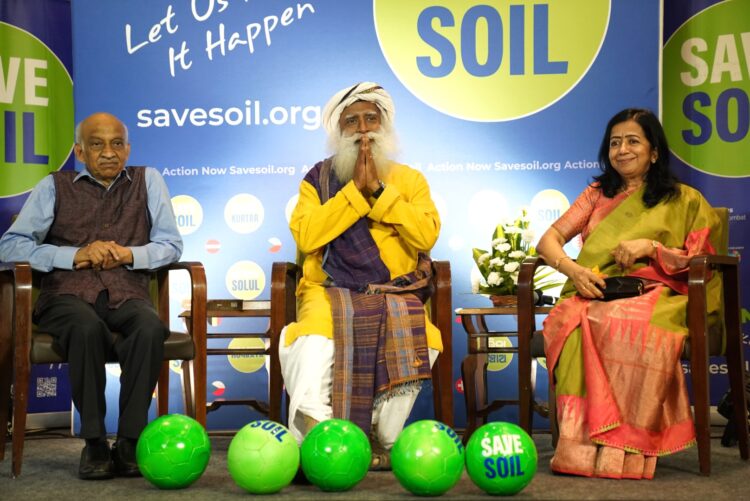 Every 5 seconds we are losing one football field worth of soil, points Sadhguru.

Thousands of Save Soil supporters host over 1,000 awareness drives across the globe to bolster the call to save soil.

“This footballing season, I want you to understand, every 5 seconds we are losing one football field worth of soil; it’s becoming a desert. In the last 25 years, we have lost 10% of this planet (soil) to desertification. So as a part of this, let us continue the (Save Soil) movement and have a ball too,” said Sadhguru, Founder, Isha Foundation, kicking off the #ScoreForSoil campaign on the occasion of World Soil Day in Bangalore.

Launched in the backdrop of the Football World Cup, the #ScoreForSoil campaign encourages people to put up a video on social media of their best football shot and #ScoreForSoil in support of the ongoing Save Soil movement.

Interacting with the media, after the launch, Sadhguru observed, “The most significant aspect right now is the narrative on the planet has shifted,” referring to the fact that there was no mention of soil in COP26 at Glasgow, while soil figured prominently in the climate change discussions in the COP27 held recently in Egypt.

“When we started there was so much skepticism, but right now I have no doubt that soil regenerative policies across the world will definitely happen. Right now my concern is only the pace. To keep the pace all of you must keep the voice up in many different ways so that the pace is kept,” added Sadhguru stressing urgent policy interventions to halt and reverse soil degradation.

To reverse the threat of soil extinction, we must come together as one force. In the richness of the soil is the vitality of our life. #WorldSoilDay #SaveSoil #SadhguruQuotes pic.twitter.com/4PQvJlWakW

Earlier today, Sadhguru was spotted cruising through the streets of Bengaluru in his trademark black goggles and Save Soil gear, which brought back memories of his superhuman lone motorcycle journey across 27 countries riding 30,000 km, and still finding the time to address 691 events… all in just 100 days.

May #WorldSoilDay become a day of gratitude & celebration of the Giver of Life on this planet, not a day to assuage its cry of distress. May we walk the path until the agricultural soils of the world are bursting with Life. Let’s make it happen.-Sg #SaveSoil @ibrahimthiaw @UNCCD pic.twitter.com/Vx1mh52cKB

At a time when the world is ravaged by the mental health pandemic, Sadhguru linked poor soil quality as one of the incriminating factors. “Right now many of the chronic ailments and mental illnesses are very directly linked to the lack of micronutrients present in the food that we are consuming. There was a time when simply getting food was important. Now a time has come we have to term this where quality food is important – just food is not important.”

The organic content in the soil is the basic ingredient in making life forms on earth and A. S. Kiran Kumar, Former ISRO Director saw its reduction as a threat. Calling for corrective actions, he said, “That is where the Save Soil movement, which brings to focus that for life forms to survive the necessary ingredients which are present in the soil should be brought back and we need to work for that.”

On a question pertaining to the Cauvery Calling movement, Sadhguru revealed, “Overall we have converted about 1,32,000 farmers into regenerative agriculture farming which includes tree-based agriculture,” which has resulted in a 300%-800% increase in income of the farmers. The farmers in the region have begun to realize the financial and ecological benefits, as nearly 27-30% of the offtake of sapling this year has happened without incentive, he updated. Cauvery Calling is a campaign to support farmers to plant 242 crore trees in their private lands and revitalize Cauvery and act as a demonstrable model to save soil.

The burgeoning support for the Save Soil movement was evident again today, as people across the world came together on World Soil Day to amplify the message of the movement. Over 1,000 awareness drives were held across the globe to nudge respective governments to act urgently to combat Soil extinction. In India, Save Soil events were conducted in more than 100 locations. In the APAC region, restaurants screened Save Soil videos before and after the FIFA World Cup matches. Save Soil gatherings were seen in front of the parliament across 18 cities.

According to The Economics and Land Degradation (ELD) Initiative 2015, 52% of our planet’s agricultural soil has already degraded and is incapable of yield. Food and Agriculture Organization (FAO) predicts crop yields could fall upto 50% in certain regions by 2050 due to climate change and soil extinction. Understanding the urgency, Sadhguru, in March, undertook a 100-day, 30,000 km solo bike journey across 27 nations in Europe, Central Asia, Middle East and 11 Indian states.

The movement, in a short span of time, has met with resounding success, reaching over 3.91 billion people. 81 nations have committed to frame soil-friendly policies. International organizations that are leading ecological action, such as the International Union of Conservation of Nations (IUCN) and United Nations (UN) agencies – United Nations Convention to Combat Desertification (UNCCD), World Food Programme (WFP) – and many others have come forward to partner with the movement.

Ranked amongst the fifty most influential people in India, Sadhguru is a yogi, mystic, visionary and a New York Times bestselling author Sadhguru has been conferred the Padma Vibhushan by the Government of India in 2017, the highest annual civilian award, accorded for exceptional and distinguished service. 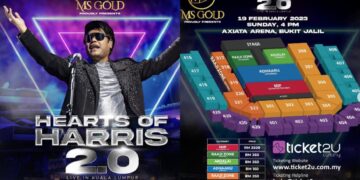 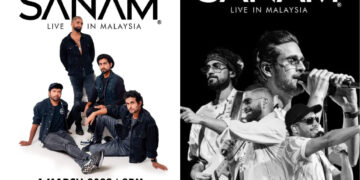 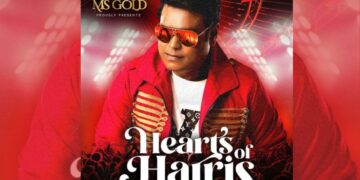 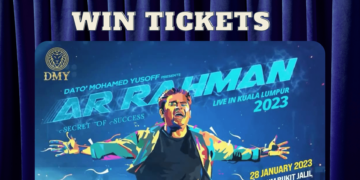