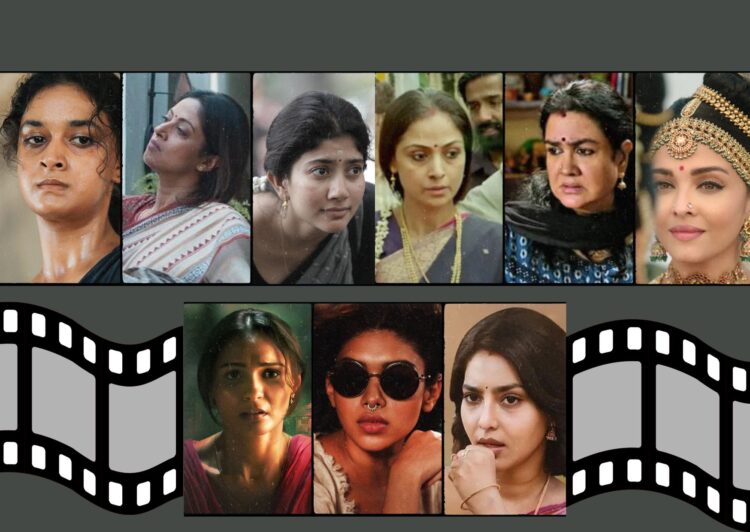 One of the most notable film industries to value women’s worth equally is Tamil cinema. This industry has developed throughout the years, moving from being only a hero’s love interest to a female lead, which turned paved to female-centric films. Fascinatingly, 2022 has witnessed brilliant role plays of these females portraying real-life women and reflecting the struggles they face.

On that point, let’s take a look at some compelling female roles in the 2022 film wrap-up.

The crime drama unleashed Keerthy’s untapped potential as she got into the shoes of the vengeful and ruthless Ponni. The story underlines how Ponni, a survivor of sexual assault, embarks on an unforgiving journey to retaliate against those who disrupted her life and family. Although Ponni’s half-brother Sangaiah is on her side, the story does not adopt the male saviour trope. The self-reliant Ponni knows her battle and fights it out. It is definitely taxing to play such an indignant and unsettling character like Ponni, but Keerthy nails it with her gripping rendition.

After almost a decade, Nadiya Moidu returned to Tamil films with the segment Mounamey Paarvayaai in the Putham Pudhu Kaalai Vidiyaadha anthology. Nadiya plays Yashoda, a middle-aged wife, and flautist. Yashoda and her husband aren’t in speaking terms for years despite living under the same roof. In this silent film, Nadiya steals the show with her effective performance. Her talent was especially showcased in the scenes where her resonant expressions added more nuance and layers to the story of a couple finding forgotten love during the time of Covid-19. 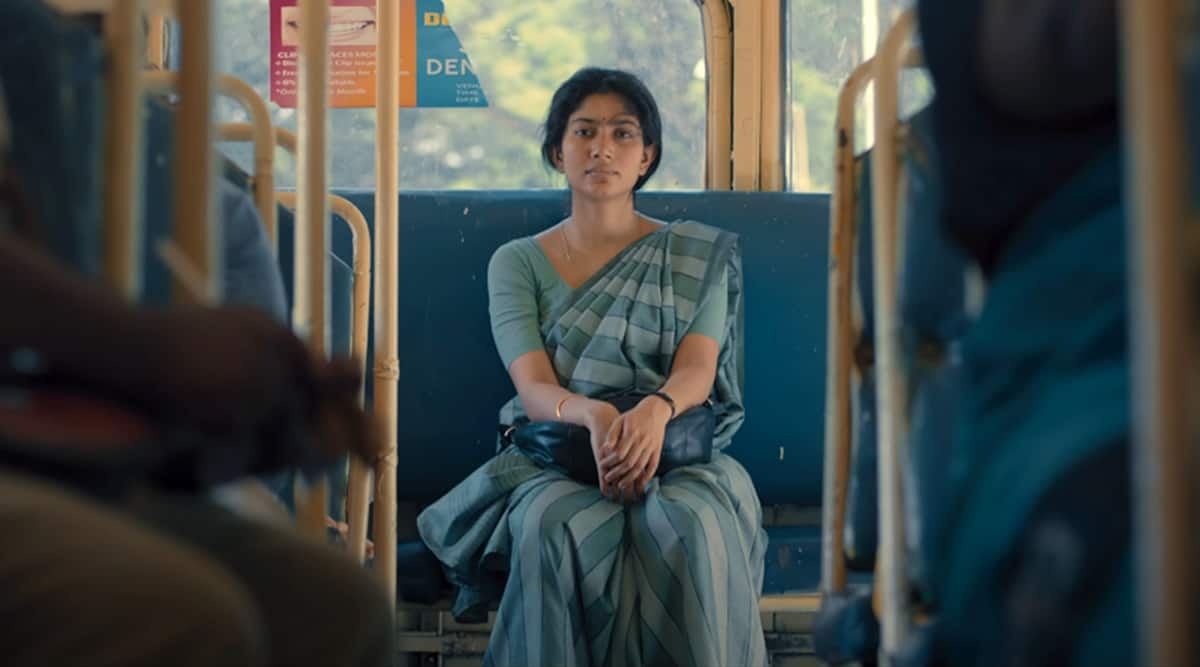 Sai Pallavi in and as Gargi regurgitates the power and reassurance of sisterhood that holds and lifts the she-tribe. The film follows a schoolteacher, Gargi, in her fight to prove that her father, accused in a POCSO case, is innocent. However, when she faces a hard-hitting truth, she stands up for what is right. In a very complex role, Sai Pallavi once again proves to be a consummate actor with her convincing portrayal of a vulnerable yet determined young woman.

As Meena, the wife of the scientist in Nambi Narayanan’s biopic, Simran once again proves why she is one of the most compelling actors of this generation. Even with limited screen time, Simran captivates the audience with her sonorous performance as an endearing, yet frail wife with gargantuan amounts of resolve. The chills from her croaky cries in a particularly poignant scene will not be forgotten any time soon.

For Urvashi, Veetla Vishesham is yet another film that cements her legacy as an actor nonpareil. As Krishnaveni, a middle-aged homemaker, who deals with an unexpected pregnancy, Urvashi might not have a lot of dialogue, but she outshines everyone with a remarkable portrayal of innocence and maternal feeling. It is also empowering to see how despite the lack of exposure to the outer world, Krishnaveni knows to decide for herself, and take ownership of her body and reproductive rights. Krishnaveni is the epitome of grace as she embraces her vulnerability and overcomes the stigma and criticisms.

The ethereal Aishwarya Rai, who returned to Tamil cinema with Ponniyin Selvan, as Nandhini, defied all kinds of stereotypes to mask a fiery sense of vengeance underneath the throes of beauty. The actor’s prowess is reflected in the subtle portrayal of a deceitful woman who carries the wrath of being an outsider with a traumatic past and her desperate desire to conquer the throne. Her compelling presence and spellbinding performance not just enhanced the character but elevated the epic saga too.

This film is another example of telling sincere stories about women’s resilience and their struggle for justice. Andrea plays Mathi, a young woman on a relentless struggle to bring to justice the culprits who sexually assaulted her. Through her journey, the film highlights a woman’s will to fight the red-tapism in the legal system and busts the notion of honour attached to their body. Andrea not only does a good job in portraying a determined and straightforward Mathi but also comes off as a very aware actor who knows when and where to show off her caliber and when to let the story take the driver’s seat.

Natchathiram Nagargiradhu’s Rene is one-of-a-kind. Perhaps, one of the most fascinating characterizations in this year’s films. Rene, who upholds radical values, is of course not seen as the ideal type. She is flawed and vulnerable at times. Yet, with her head held high, she is unafraid and unapologetic about her social identity. Her character, enhanced by her solid and persuasive performance, reaffirms the fundamental tenet of love; to love is to feel liberated.

It has been a stellar year for the actor as she dished out two memorable performances in Tamil—a charming Poonguzhali in Ponniyin Selvan and a gutsy Keerthi in Gatta Kusthi. While she had limited screen space in the former, the latter turned out to be the much-needed canvas for Aishwarya to give that explosive performance. As Keerthi, a wrestler, Aishwarya adroitly nails the fight sequences, mass transformation scenes, and of course, the comedy. Her tenacious journey of standing her ground in a toxic marriage and deciding to pursue her passion is reassuring.

Movies have been a great influence on people across the spectrum and can change their whole opinion about something or someone. With that, these films with powerful written female stories surely created an impact and inspired many.