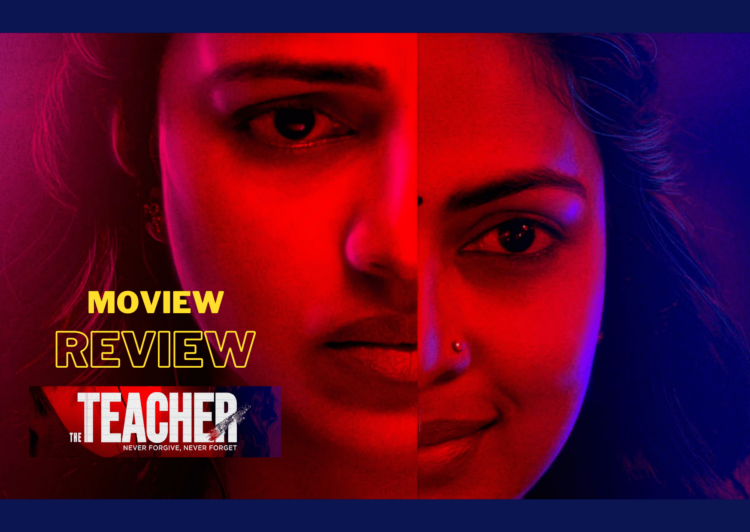 A film with a profound message but lousy execution.

During Christmas week, Netflix unveiled a new Malayalam film titled “The Teacher” starring the dazzling actress, Amala Paul in the lead role which previously graced the big screen a while ago. This thriller film is available in four languages. (Malayalam -Original, Tamil, Telegu, Kannada)

This women-centric movie narrates the story of a woman who hunts for answers on the horrific aftermath of a sexual assault. Amala Paul who plays as a physical education teacher sensed something was odd when she woke up at home. She gets a feeling that something horrible has happened to her, but she is unclear about the details. That’s where the search for her unsolved doubts begins.  Later, she discovers that her students have drugged and raped her. The story takes a turn when she plans to take revenge for her injustice.

Amala Paul did a fine job expressing her character in this film by showing a range of emotions with a dash of surprising elements towards the end. Other characters like Hakkim Shah, Manju Pillai and Chemban Vinod Jose also have done a pretty decent job of delivering the role well. Special mention to Manju Pillai who played Kalyani – a revolutionary fighter. Her role as a strong-willed woman persona was commendable. Apart from the cast, the music score by Dawn Vincent was inducing, helping to build up the mood and environment.

One of the appealing factors was the surprising fight scenes from Amala Paul at the climax of the film. It seems to be unconnected to the logical term with the flashback during this scene but the action-packed fight stunts that she delivered were gripping and clean. She nailed that cut!

Has the message about sexual assault been delivered? Yes

Is it right for a teacher to use violence to seek revenge? Hmm…That’s a bit dubious

It seems a little disturbing to portray a teacher who is using violence to seek vengeance. Truthfully speaking, is this lawfully the right example for a teacher to use this method to solve such issues? The filmmaker should have refined the concept and developed the story more effectively.

Amala Paul’s incredible performance barely kept this movie from sinking, despite the writer’s hiccups here and there.

Watch the full movie at NETFLIX now by clicking HERE.

Catch the glimpse of The Teacher’s movie here: