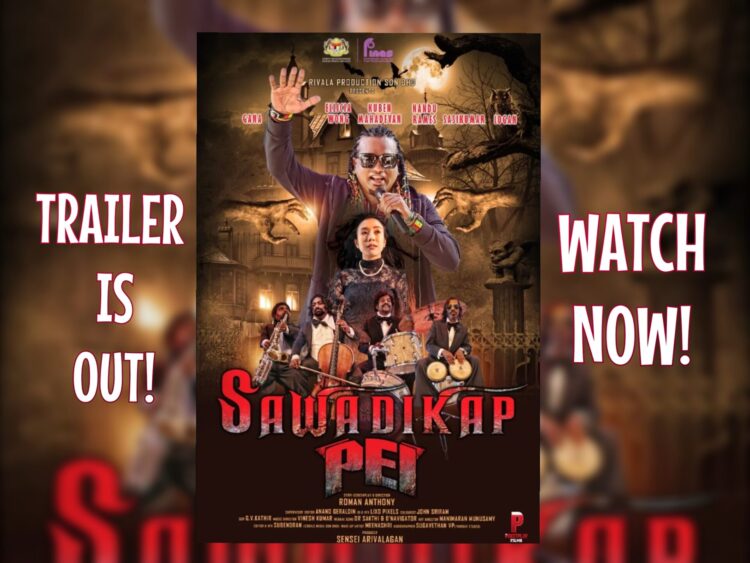 The Favorite Malaysian Duo is Back!

After years, the favourite of many, Gana Sebastian and Nandu Ramesh have joined hands together to give another fun-filled exciting film to their beloved fans.

Produced by Sensei Arivalagan, Sawadikap Pei was written and directed by Roman Anthony under the banner of Rivala Production. This film will be distributed by Poketplay Films. Set back in the era of the 80s, the trailer shows a bunch of friends traveling to Thailand and finding themselves in a grappling situation. There seem to be a lot of thrilling and horrific scenes with a sprinkle of humorous magic sequences following that.

This bone-tickling horror comedy movie will be gracing the theaters from 2nd February onwards.

The trailer is out now! It’s available on Vinesh Kumar‘s Youtube channel.