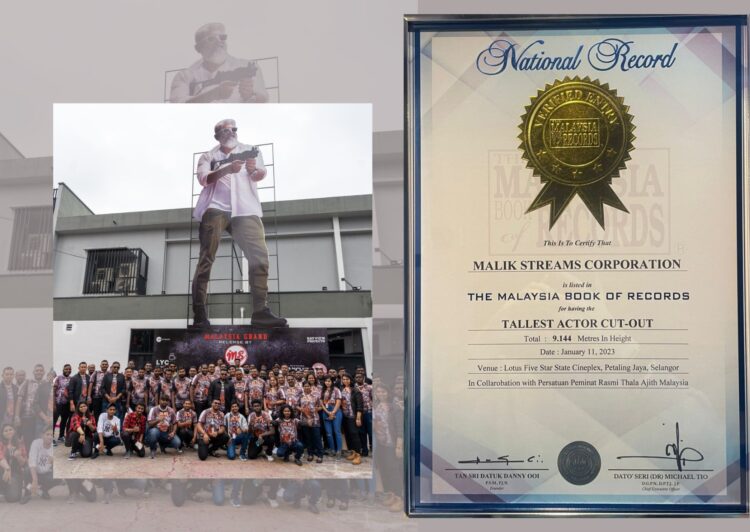 Not just celebrations and grand openings for Ajith’s newly released movie, but there’s more excitement that was made by the Malaysian Ajith Fan Club.

To make the celebration even more extraordinary, the Fan Club had set up a cutout of the actor which was placed high at the Lotus Five Star State Cineplex Petaling Jaya, Selangor.

Check out the grand celebration here:

The wow factor here is that the actor’s cutout has been recognised by the Malaysia Book of Records (MBOR) for holding the tallest cutout at 9.144 meters. 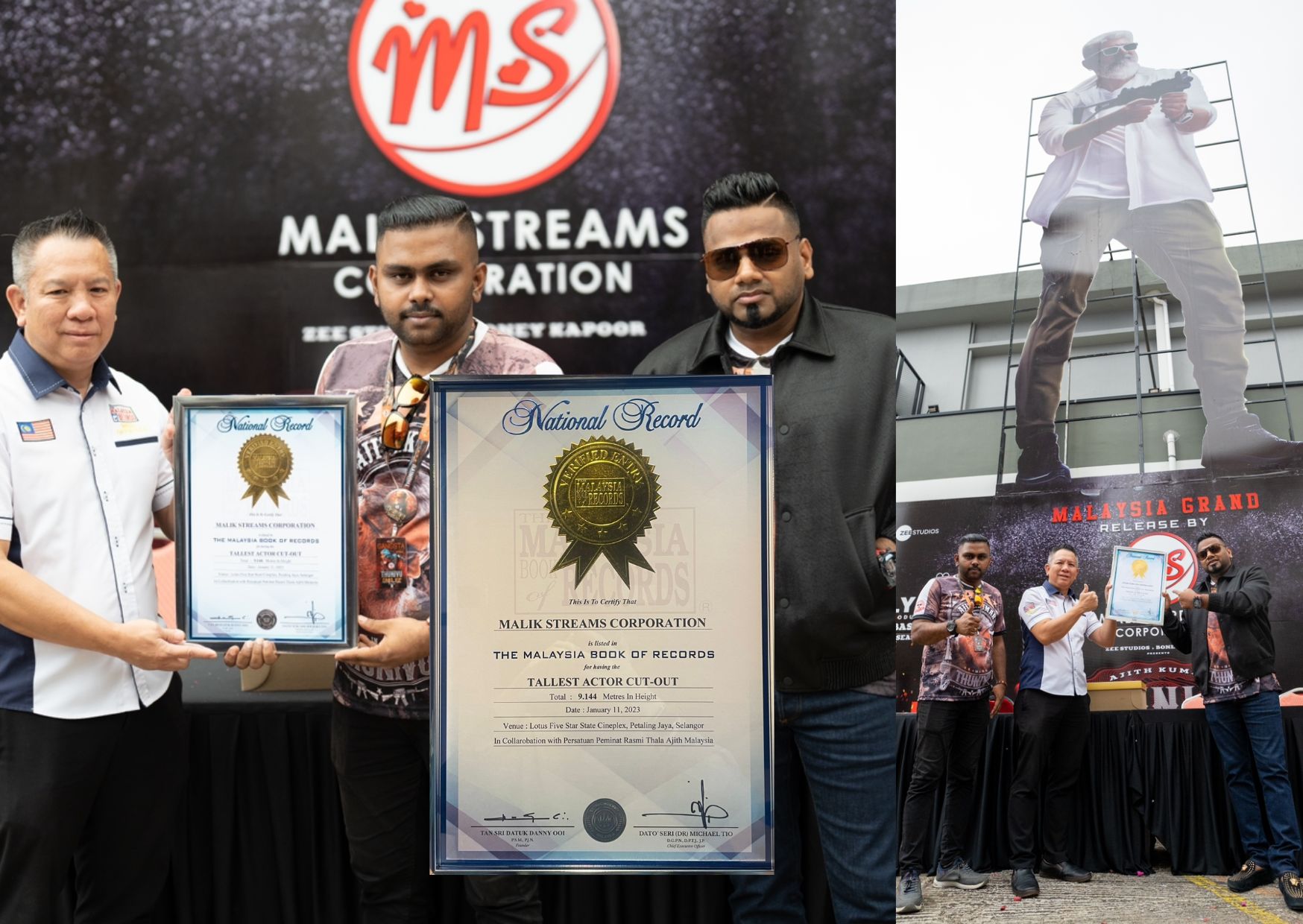 Isn’t this a double celebration for all Ajith fans? – It sure is.

Apart from celebrating Thunivu and achieving the record, the Fan club also showered an act of good deed to a blind association. According to the Malaysian Ajith Fan Club, they invited visually impaired folks to watch the newly released Ajith movie and served free food to 500 underprivileged people on that day.

Thunivu is written and directed by H Vinoth,  featuring Ajith as a baddie and the film sends a strong message to fans. Ajith has rocked with his style, swag, and action sequences, and the film has been enjoyed wisely by fans. Manju Warrier, Samuthirakani, John Kokken, Veera, Darshan, and Cibi Chandran among others played important roles, while the music is scored by Ghibran.

Head over to your nearest cinemas to watch Thunivu and don’t miss out on this power-packed film.