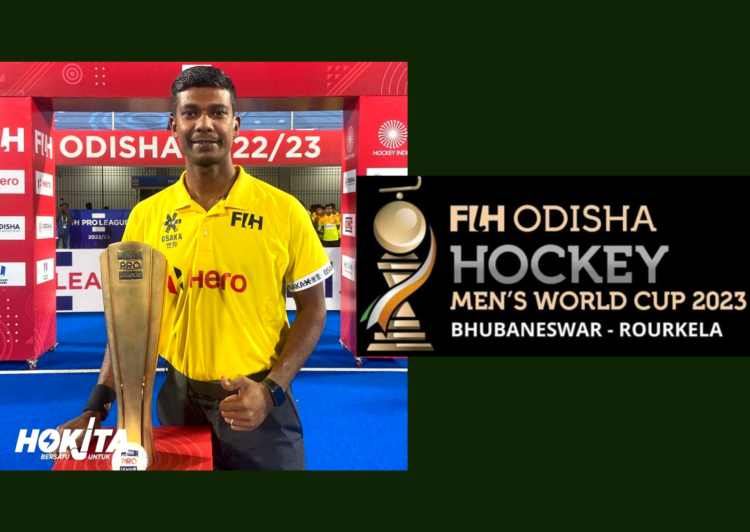 Hockey is a fast-paced, challenging game that requires stamina, mental and physical toughness, agility, and strength to play. It also involves several crucial tactics and strategies. Do you know what’s tougher? Being a hockey match referee. You must be able to adapt and possess a plethora of knowledge about the hockey game.

Recently, a skilful hockey referee has been acknowledged by presenting him with the opportunity to be a referee at the quadrennial world championship for men’s national field hockey.

R. Anbananthan Rawi received prestigious world recognition when he was appointed as a referee for the 2023 Men’s FIH Hockey World Cup. This is the 15th edition of the Men’s FIH Hockey World Cup which is organized by the International Hockey Federation. This international tournament will be held at the Kalinga Stadium in Bhubaneswar and at the Birsa Munda International Hockey Stadium in Rourkela, India from the 13th to 29th of January 2023.

Among the 18 umpires that were appointed by the FIH for this tournament, R. Anbananthan Rawi is the only Malaysian to be chosen for this role.

Lauding the entry of this 36-year-old to the world stage, the Malaysian Hockey Confederation (MHC) has posted a congratulatory post on their official Facebook page.

“MHC is proud to have a Malaysian Umpire, R. Anbananthan officiating at the FIH Odisha Hockey Men’s World Cup 2023, Bhubaneswar-Rourkela. Hope that he does well and best wishes from all of us at MHC. Keep our flag flying high.” expressed MHC.

All the best R. Anbananthan!