Vishal’s ‘Ayogya’ To Be Released on May 10th 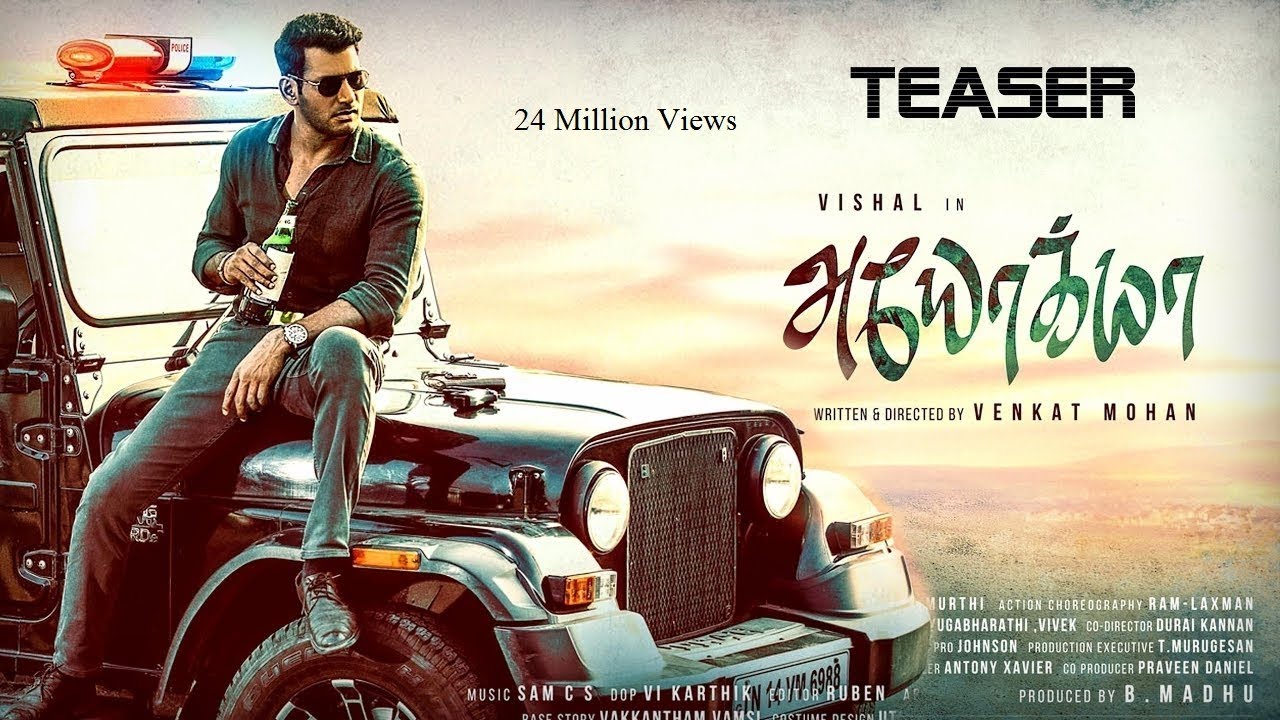 It is a no brainer that Vishal is starring in an action-thriller film. ‘Ayogya’, directed by debutant Venkat Mohan, who assisted AR Murugadoss, is ready to be released on May 10th. The film was supposed to be released on April, however the team faced a huge delay.

Raashi Khanna of ‘Imaika Nodigal’ fame is casted as the lead of the film. As usual, we have R Parthiban and KS Ravikumar playing the supporting roles. Sonia Aggarwal and Pooja Devariya are part of the cast too.

The film is an official remake of Telugu film, Temper, which starred Junior NTR and Kajal Aggarwal. The film was also made in Hindi, Simbaa, with Ranveer Singh in Rohit Shetty’s direction.

The plot of the film revolves around a gangster and Vishal once again plays the role of a cop.

Sam CS of Vikram Vedha fame has composed the music. We can expect really good urumi beats in the movie.Cinematography by GK Vishnu and editing by Sreekar Prasad.

We just hope that this story could just be 1% different than the rest of films Vishal has done.