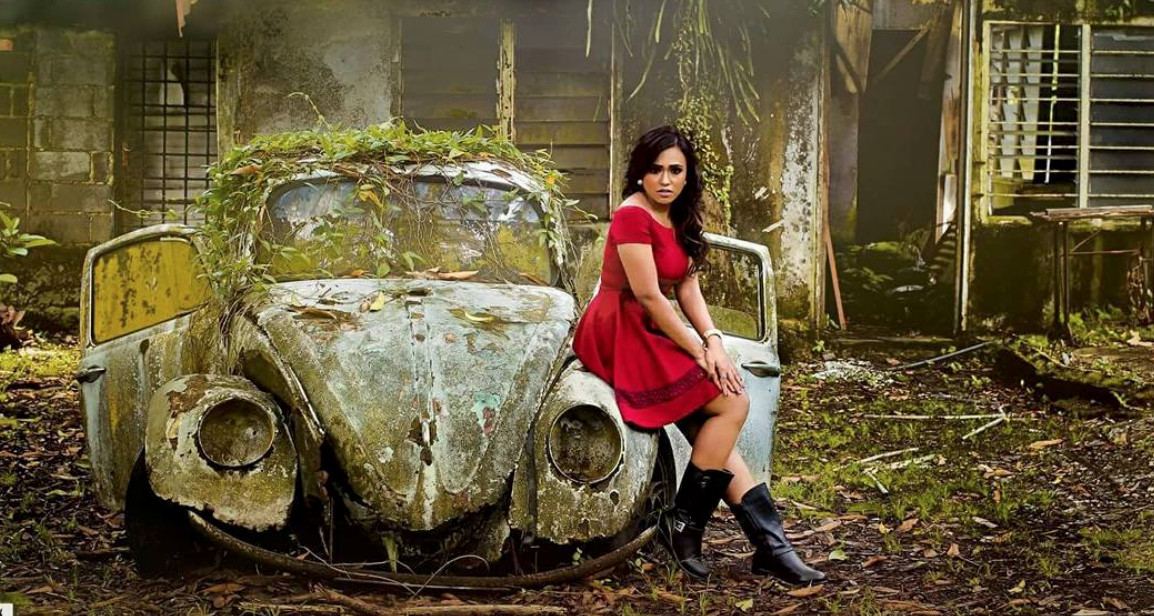 Prathabini decided to leave a comfortable, high-paying job as a scientist to pursue her ambition to become an actor. She has had to give up the comforts of her home, the warmth of family & friends to move to a distant land and live in ladies’ hostel to realise her goals. Prathabini recently announced that she has landed a supporting role in Amala Paul’s upcoming film called ‘Cadaver’. Amala Paul, who is also debuting as a producer on this film, will be playing a forensic pathologist and Prathabini has scored the role as her assistant on the film.

We managed to catch up with Prathabini just before she commences filming with this Kollywood production to learn about her ambitions, experience and fight story.

Tell us about your childhood and growing up in Malaysia.

I was born and bred in Malaysia and I lived here till I finished my SPM. I went to a Chinese primary school and then went on to Sek. Men. Tinggi Port Dickson. I was a very studious young kid and never even thought of venturing into the arts and entertainment industry. I wanted to get good results so that I will be able to become a scientist. After I completed my schooling, I moved to Singapore with my parents. I, the, enrolled in the University of Bradford to pursue a Degree In Biomedical sciences and later on to Nanyang Technological University (NTU) for Masters in Science.

How was your interest in acting piqued?

Accidentally, actually. When I was 21 years old, I was offered a role as a junior artiste on a drama set. I guess I didn’t know how much I would enjoy acting until I actually tried it out. I didn’t even have any lines to say during my first acting gig but I almost instantly fell in love with how a production team works. To watch the technicians, actors, producer, director work hand-in-hand to create magic – INCREDIBLE! I was convinced that I really wanted to give acting a shot after my first gig.

What are some roles that you have worked on?

I have worked on a countless number of extra roles before landing in a big break in Singapore. I was offered a supporting role in a Chinese drama on Mediacorp’s Channel 8 titled ‘Life Less Ordinary’. The production had an opening for a very specific role, a Mandarin speaking Indian girl, and I fit right in! As I mentioned earlier, I went to a Chinese medium primary school and can converse in Mandarin very fluently. I got to star opposite some prominent actors and the show taught me a lot with its 130 episodes.

After working on Singaporean shows, when did you decide to venture into the tough territories of Kollywood films and what did you do to get into the industry?

I promised myself that I wanted to give my acting career at least 2 years of undivided attention and focus. Do or die kind of decision. So, I left my full-time job as a scientist and picked up tutoring and other flexible jobs in Singapore. I saved up till I could afford a trip to Chennai and I had planned auditions and castings throughout my short trip there. Since my trip was self-funded, I had keep my costs to the bare minimum. I opted to stay at a ladies’ hostel in the middle of the city to make it easier for me to move around to attend castings. Honestly, they were some of the toughest times I’ve had in my life. I left the comforts of my home and was feeling homesick most of the time. But, I tried to keep my head in the game and stay focused. After a few auditions, I found myself auditioning for this role in Amala Paul’s next film and was shocked when I received a call back!

Tell us about your experience working on a Kollywood film production with actors like Amala Paul, Harish Uthaman and Muniskanth.

That is probably my main takeaway from the little time that I have spent with them. I still have a few more scenes to shoot after the elections. Actors and the production crew have razor sharp focus when filming on set. They do have fun too, but it is mainly work. Amala Paul pays so much attention to details in each scene. Since this film has a scientific background, she constantly checking on her facts with experts and making sure that she operates precisely like a forensic pathologist. This is something that we can definitely learn and take after our Kollywood counterparts. Sometimes, one scene can take up many hours, as they try to perfect every camera angle, dialogue and action. My role is called Dr.Pavithra and I will be assisting Amala’s character throughout the film. I really can’t wait for the end results.

What did you do to prepare for your role as Dr Pavithra on ‘Cadaver’?

As soon as I was casted for the role, I was sent to acting a number of acting workshops and taught proper acting methods, breathing etc. I gained so much knowledge in a short period of time. Since the film ‘Cadaver’ is based of a novel by a forensic surgeon from Kerala, B Umadathan, titled Oru Police Surgeonate Ormakurippukal, I also read the book to better understand the narrative of the film. Everything else is learned on the job becuase you can only be that prepared for a role.

After ‘Cadaver’, what does the future hold for your acting career?

I have been confirmed for other projects and I will be making the official announcements soon. I hope to star in bigger roles in South Indian cinema and perhaps someday, I will be able to share a screen with one of Kollywood’s biggest stars, Vijay Sethupathi.