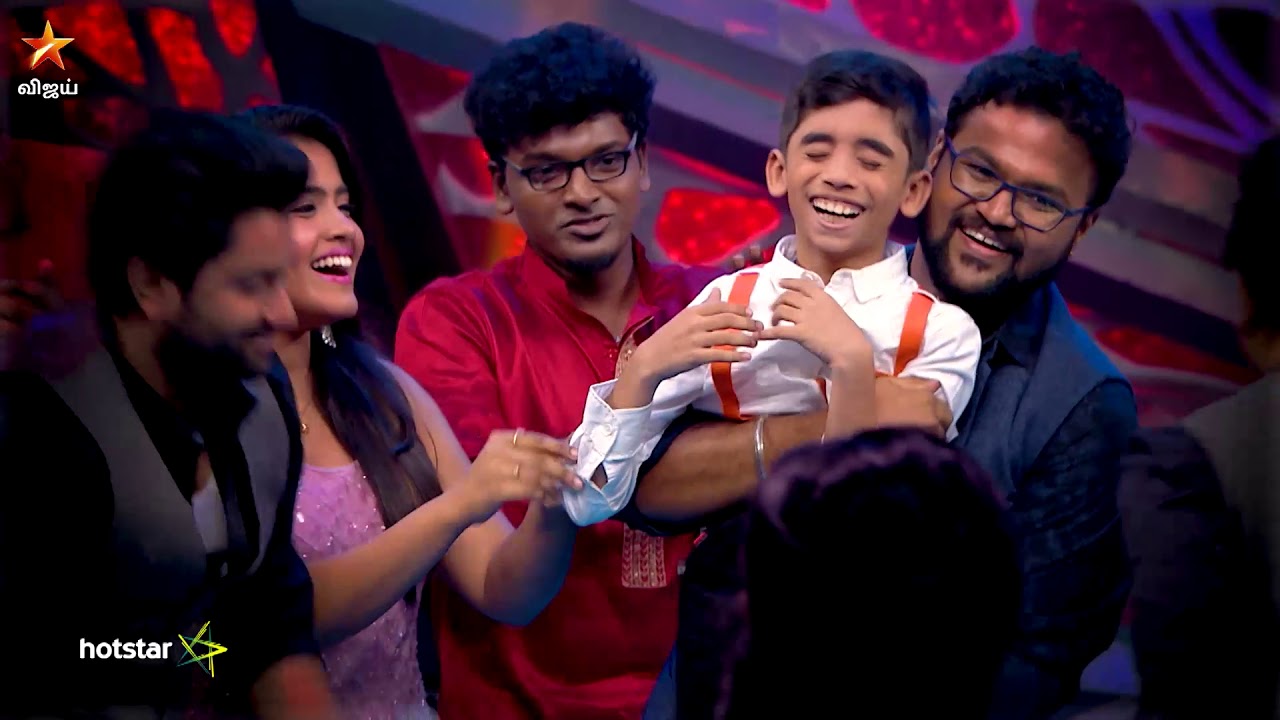 It is that time of the year again; when evening plans are cancelled, TV snacks are prepared in advance and Amma gains full rights over the remote control…

The Grand Finale was held at the Nehru Stadium in Chennai that could hold up to 25,000 people. The show kick-started 6 months ago, in October 2018, and saw thousands of hopeful young talents trying out for the the competition. After weekly eliminations, the last 6 contestants who battled it out on the finals were Ahana, Hrithik, Sinmaye, Anushya, Poovaiyar and Soory.

The 6 finalists went through two rounds of singing and their score was based on the marks given by the show judges and viewers votes. Judges Shankar Mahadevan, Singer Chithra, Singer SPB Charan and Singer Kalpana had the toughest job on that night as they had to pick from a pool of highly talented children.

In his winning speech, Hrithik said, “I am extremely happy to have won the trophy. I thank the people who voted for me, my trainers, judges and my school for their encouragement”.

WATCH Hrithik thanking everyone for his success in this video:

Congratulations, Hrithik! May this be the beginning of a melodious journey.