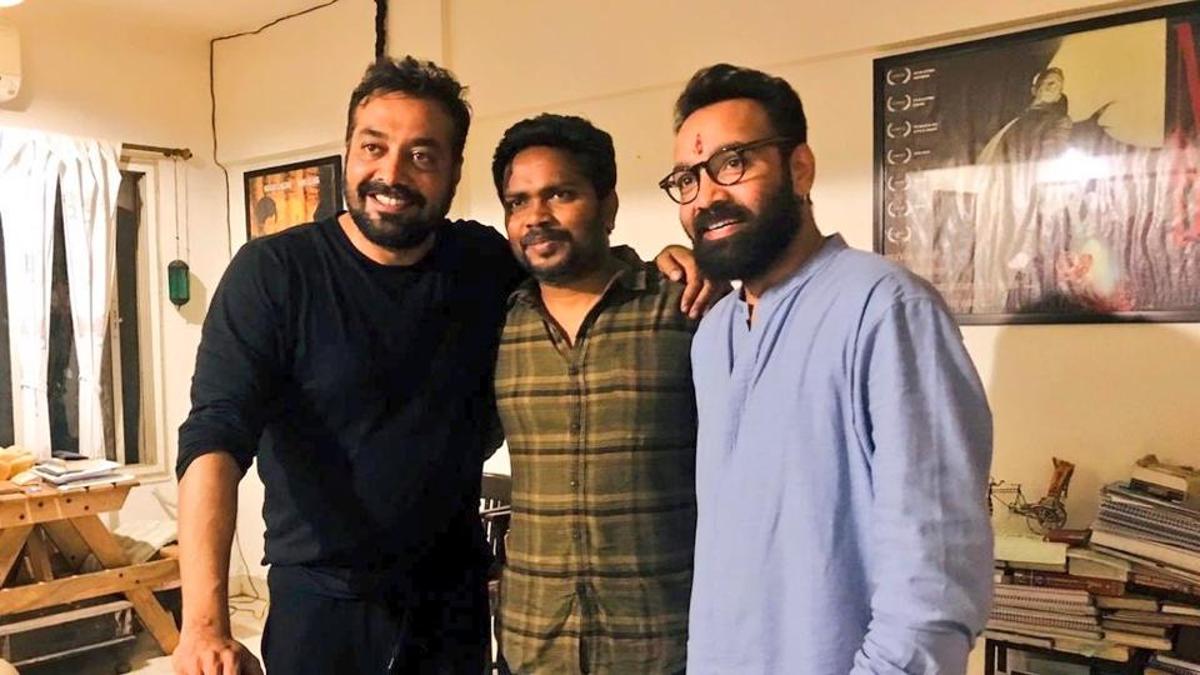 Anurag Kashyap, who also played the villain in Imaikka Nodigal, closely follows the work of southern filmmakers. He has met Kabali and Kaala fame director Pa Ranjith and has expressed interest to collaborate with him on a project.

Anurag Kashyap has shown keen interest to work with Pa Ranjith, after being impressed with his work in Kaala and Pariyerum Perumal.

Ranjith wrote on twitter: “Dear Anurag Kashyap. I have been a big fan of your films. Happy to have spent the evening with you. I’m glad you liked Kaala. Thanks for the conversation and great food.”

Dear @anuragkashyap72 ,I have been a big fan of your films. Happy to have spent this evening with you. I am glad you liked #Kaala 🎉🎉. Thanks for the conversation and the great food.🎉🎉🎉 pic.twitter.com/PqSd79Vypo

In reply to that tweet, Anurag Kashyap tweeted that he was late to watch superstar Rajinikanth starrer Kaala. He went on to say that now he wants to watch all films of Ranjith.

So late to see Kaala but now I want to see all the films of @beemji https://t.co/bftmbzpwZh

Ranjith is currently gearing up to commence work on his next directorial venture. He’s all set to direct a biopic on Birsa Munda, the infamous Indian tribal freedom fighter.

Ranjith also announced his third production venture. The film will feature Kalaiarasan and Arvind Akash. To be directed by Suresh Mari, former assistant of Ranjith, the project will go on floors soon and will hit the screens by June 2020.